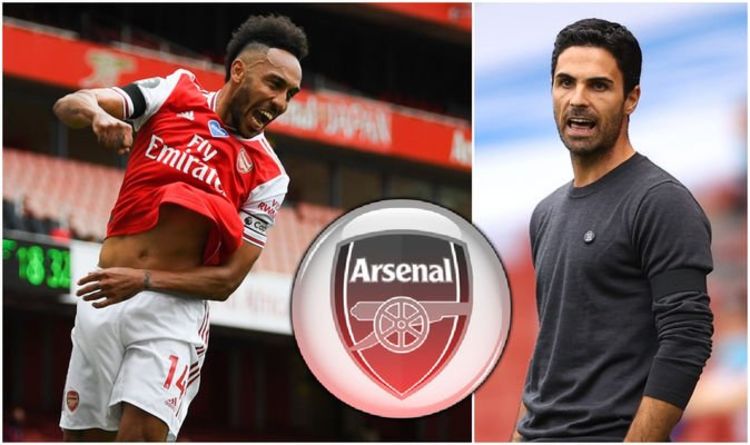 “How many goals can he score? Hopefully at least another 100! I don’t know, I’m not a magician.

“What he has achieved today to be the fastest to score 50 in the history of this football club tells you everything about his mentality and the way he works every day on his finishing and helping the team.

“He decided to be better and better every day so hopefully we can keep him here for a longer period.”

Asked if a new deal will be done before the season ends, Arteta added: “I don’t know. I leave that to the football club and the senior people that drive those contracts.

“Auba knows really well my thoughts towards him, the project I want to create and that I want him in that.

“I am positive and I will remain positive we can keep him here for many years, but things have to progress.”

Speaking to BT Sport after the final whistle, Aubameyang declared that he is confident the north Londoners are continuing to improve under Arteta.

Told that his team-mates would love him to follow suit after Bukayo Saka signed a new contract earlier today, Aubameyang said: “Yeah I know and I’m really happy that Bukayo signed da ting.