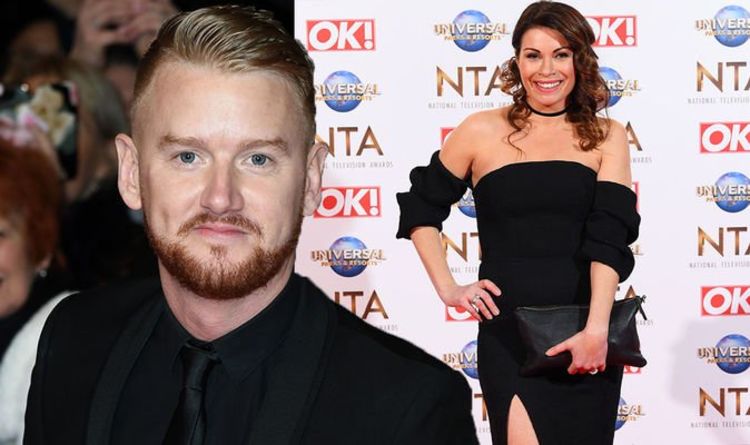 Mikey North and Alison King – who play Coronation Street’s Gary Windass and Carla Connor respectively – have addressed their supposed kiss at last week’s National television Awards 2020. The actor, who is married to Rachael Isherwood, said it was “beyond ludicrous”.

Footage of the 33-year-old and his co-star, 46, filmed on the night at London’s O2 of them talking prompted accusations of a kiss between them.

He has since issued a statement, reading: “I would like to make one thing clear: I did not kiss my co-star Alison King during the recent National Television Awards.

“It is beyond ludicrous to suggest that I would or that I did. The grainy recording shows me simply speaking into her ear at what was a noisy public event.”

Mikey continued: “This report has caused me and my family a great deal of distress. I have an amazing wife who I adore and, as incredibly supportive as she is, it is unacceptable that she should have to deal with people seeing this kind of baseless gossip.

“I am so upset about this, and will not stand by while my personal reputation is tarnished.”

The father-of-two also confirmed that he has lodged a complaint with the Independent Press Standards Organisation.

Alison has also spoken out via her rep, saying: “I would like to take this opportunity to say that, whilst it was obvious to see that regrettably I did have too much to drink at the National TV Awards, and chose to leave the event early, I did not kiss my co star Mikey North as has been reported.”

It comes after a source told The Sun: “She is utterly mortified and points to the fact she could barely walk as her only defence.

Mikey and actress Rachael, 34, recently welcomed their second child after their 2016 countryside nuptials.

They became parents to Archie in 2017 before daughter Eliza was born in September.

He previously spoke out about life with a newborn, admitting: “I’ve been finishing at 3am, so we haven’t been able to work as a proper team yet.