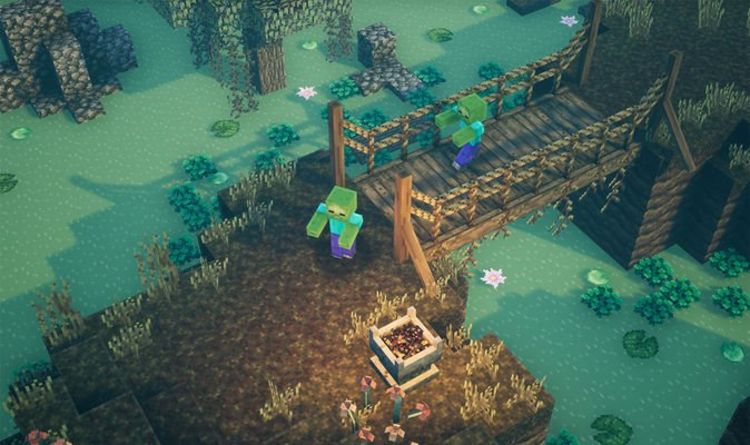 Fans of the original have been waiting a long time for the release of Minecraft Dungeons, following its initial announcement back in 2018. There won’t be any mining in this latest release from developers Mojang but gamers can still expect plenty of adventure for them. And with the Minecraft Dungeons release date set for Tuesday, May 26, 2020, Microsoft has announced its plans to launch the game across Xbox One, Nintendo Switch, PC and PS4.

WHAT TIME DOES MINECRAFT DUNGEONS RELEASE?

The official release date for Minecraft Dungeons has been set for May 26, and this will be a unified launch schedule across all platforms.

The only big bonus gamers on Xbox One will notice is that Minecraft Dungeons will be available to download from the Xbox Game Pass from day one.

Microsoft has also confirmed more details on the upcoming launch, include what time Minecraft Dungeons will be available to download and play.

Any changes on the day will likely be announced by Microsoft in the coming hours, but it appears this will be the time everyone will get access around the world.

This includes a Hero Cape, two-player skins, and a chicken pet usable only within Minecraft Dungeons. It also includes the first two DLC packs, when they become available.

In addition, Minecraft Dungeons Standard Edition will come to Xbox Game Pass at launch for PC and Xbox One.

A recent message from Microsoft confirmed the reasons behind the recent delays to the launch of Minecraft Dungeons, telling fans: “Around the world, the Minecraft team has been adjusting how we work and taking new precautions in light of COVID-19, with health and safety as our top priorities.