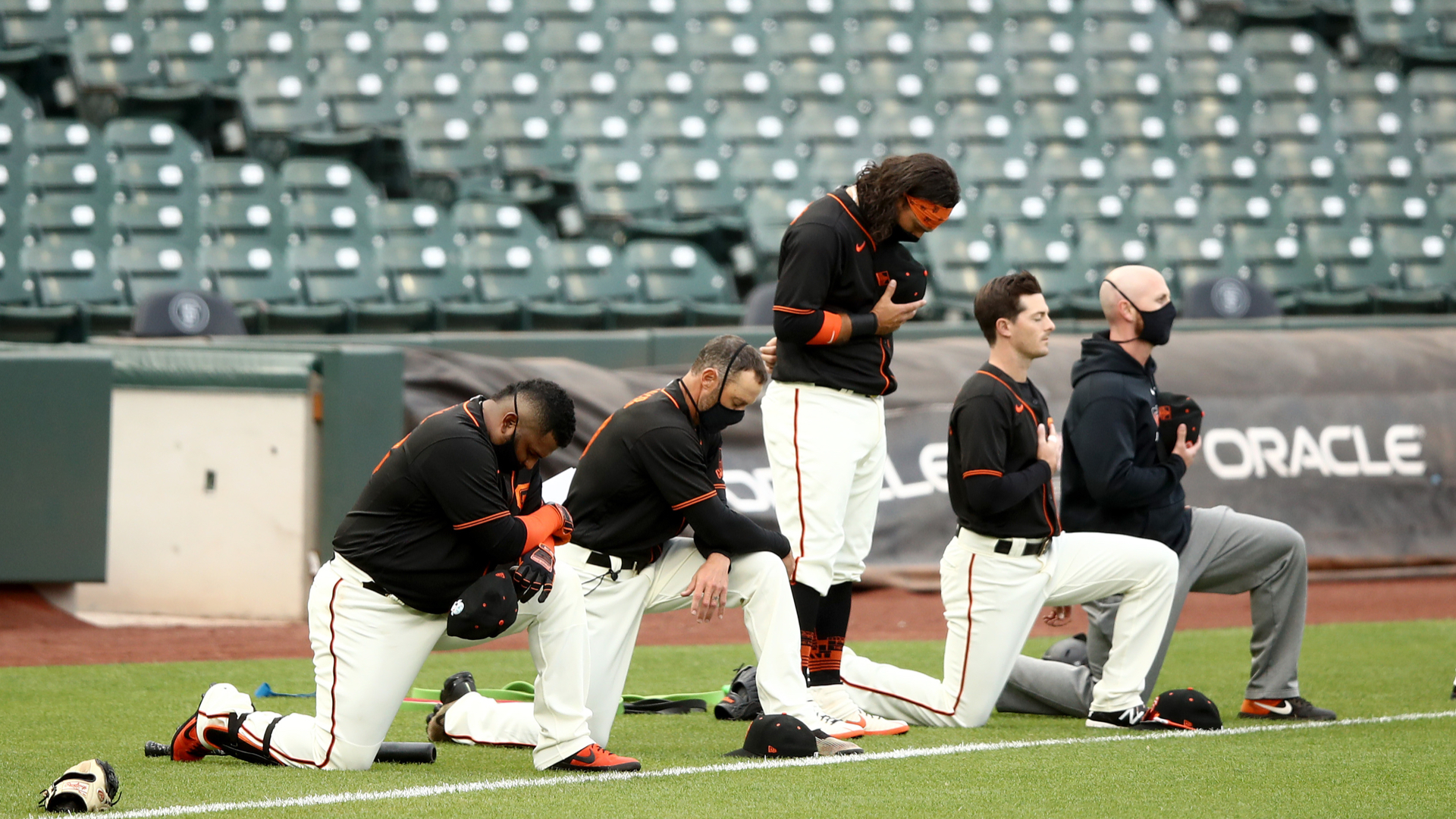 Given baseball’s long-term decline in number of African American athletes and its devotion to traditionalism, such widespread silence did not come as a surprise.

It appears the latest iteration of the U.S. protest movement, however, has stirred the sport.

Their gestures symbolized increased outrage toward police brutality and racial inequality in the U.S., mirroring a nationwide acknowledgement of the mistreatment of Black people that has crossed some typical racial and socioeconomic divides. Daily protests have taken place across the country following the May 25 killing of unarmed Black man George Floyd by Minneapolis police.

“I’ve been taking time to educate myself over the past month about social injustice towards people of color in this country,” explained Giants outfielder Austin Slater, who chose to kneel this week. “Simply put, things need to change. Every person, no matter their skin color, have the fundamental right to expect the same experiences and treatment free from prejudices in this country and around the world.”

Wrote Votto in a recent op-ed: “Desire for normalcy is a privilege by which I can no longer abide. That privilege kept me from understanding the ‘why’ behind Colin Kaepernick’s decision to kneel during the national anthem. That privilege allowed me to ignore my black teammates’ grievances about their experiences with law enforcement, being profiled, and discriminated against.”

MORE: What to know about Alyssa Nakken, the Giants coach making history

Votto knelt next to Amir Garrett, Phillip Ervin and Alex Blandino before Tuesday’s game against the Tigers.

In addition to Sandoval, Pence and Slater, Giants outfielder Jaylin Davis and first-base coach Antoan Richardson are among those who have knelt for San Francisco.

MLB’s regular season begins Thursday night, and it’s possible members of other teams will follow the lead of the Giants and Reds.

Stars elsewhere have spoken up off the field about the Black Lives Matter movement. Cardinals right-hander Jack Flaherty has suggested he could kneel this year, while Dodgers left-hander Clayton Kershaw has like Votto acknowledged many baseball players didn’t grasp the meaning of race-related protests a couple of years ago.