Mnuchin: Republicans 'on the same page' on coronavirus relief bill 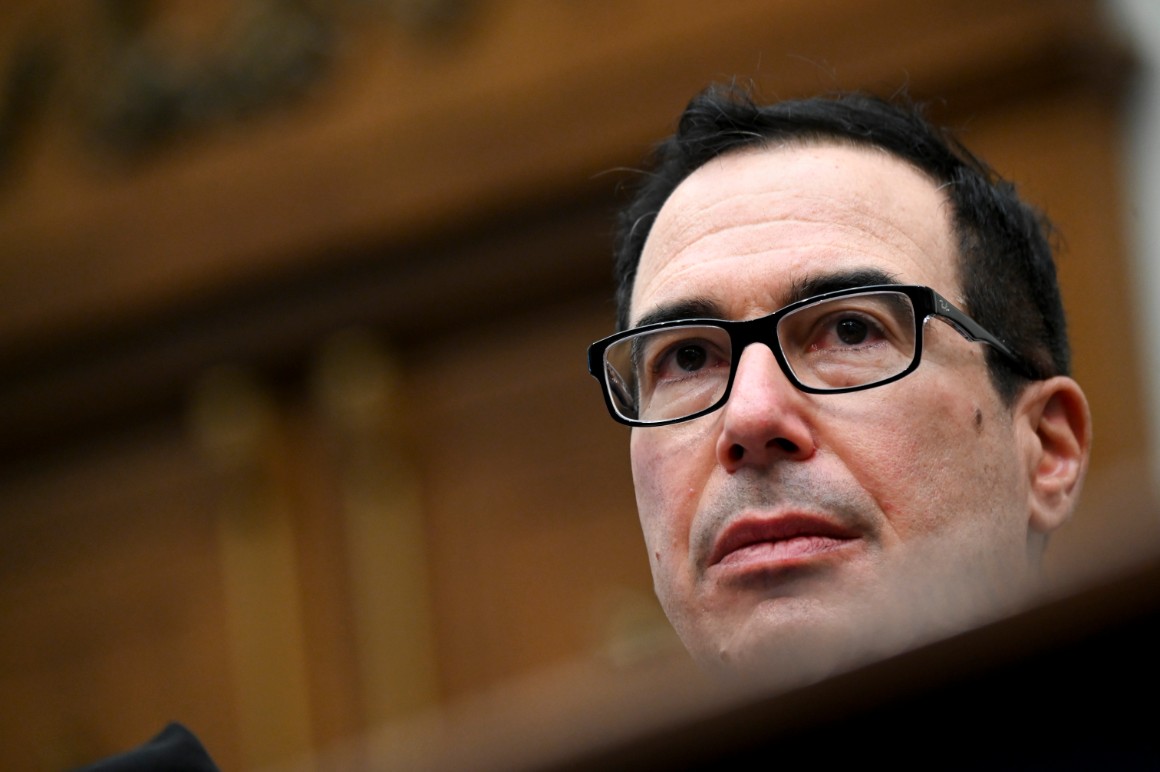 Mnuchin and White House Chief of Staff Mark Meadows were on Capitol Hill Saturday, where the pair also downplayed differences between Republicans and the administration over the package.

But disagreements — including clashes over the Trump administration’s push for a payroll tax cut, unemployment insurance benefit and other proposals — forced Majority Leader Mitch McConnell (R-Ky.) to delay the rollout of the Senate package last week.

The delays come as a $ 600 boost in unemployment benefits begins to expire this weekend.

Republicans and the White House are also at odds with House Democrats, who passed a $ 3 trillion relief package of their own in May.

In particular, Democratic leaders are insisting on a full extension of the unemployment benefits first allocated in March. The Trump administration has pushed for unemployment payments that make up for 70 percent of workers’ income.

“Workers and Americans understand the concept that you shouldn’t be paid more to stay home than to work, that the fairer thing is to replace wages,” Mnuchin said. “And it just wouldn’t be fair to use taxpayer dollars to pay more people to sit home than they would get working … a job.”

Pressed by host Chris Wallace on the urgency for an agreement with unemployment insurance expiring and other deadlines looming, Mnuchin again floated the possibility of tackling tougher issues separately. The approach has been roundly rejected by Democratic House Speaker Nancy Pelosi.

“We could look at doing an entire deal. We could also look at doing parts,” Mnuchin said. “Obviously the most pressing issues are the fact that we have unemployment insurance running out. We need to make sure that we don’t have frivolous lawsuits for schools and universities. We want to make sure with the expiring unemployment insurance we have the technical fix so people don’t get paid more to stay home than they do to work.”

“We can move very quickly with the Democrats on these issues. We’ve moved quickly before and I see no reason why we can’t move quickly again.”