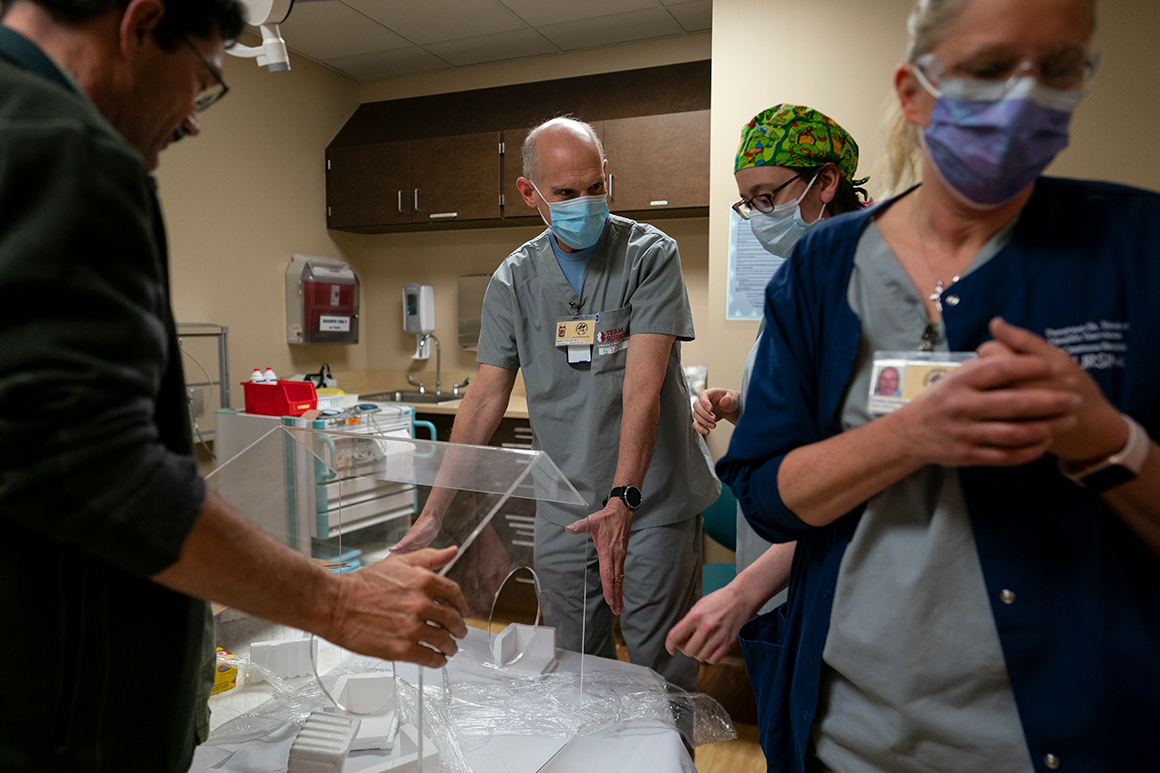 A key model of the coronavirus pandemic favored by the White House nearly doubled its prediction Monday for how many people will die from the virus in the U.S. by August – primarily because states are reopening too soon.

The Institute for Health Metrics and Evaluation at the University of Washington’s School of Medicine is now projecting 134,000 coronavirus-related fatalities, up from a previous prediction of 72,000. Factoring in the scientists’ margin of error, the new prediction ranges from 95,000 to 243,000.

Dr. Christopher Murray, the director of IMHE, told reporters on a call Monday the primary reason for the increase is many states’ “premature relaxation of social distancing.”

For the first time, Murray explained, the model is factoring in data from four different cell phone providers showing a major uptick in Americans’ going out in public.

This rise of mobility in the last week or 10 days is likely leading to an increase in transmission, he said.

Monday’s update is the fourth since the model debuted in late March. It’s been relied on by the White House in recent months because it presents a more optimistic forecast on health system capacity, cases and deaths than other experts have predicted.

Even with its latest forecast, the University of Washington model is still far more optimistic than a model developed by Johns Hopkins for CDC predicting as many as 3,000 deaths per day by June. Murray said that model, which the New York Times published Monday, is likely inaccurate.

“Our numbers are nowhere near that level,” he said, noting that IMHE is forecasting 890 deaths per day by June 1. “This relates very much to whether the models think there is going to be a large, New York-style epidemic in some states. We don’t see that because we’re building into the modeling the rising temperatures and rising testing and contact tracing. That will put the brakes on transmission enough that we won’t see 3,000 deaths a day by June 1.”

In a statement on Monday evening, the Johns Hopkins Bloomberg School of Public Health called the leaked models “preliminary analyses,“ saying that they had been provided to the Federal Emergency Management Agency to help in scenario planning, were not a final version and were not meant to be used or presented as forecasts.

Still, the statement added, “the information illustrates that there are some scenarios, including the premature relaxation of social distancing, that are likely to cause significant increases in the number of COVID-19 cases and deaths in the United States.“

The White House on Monday acknowledged the existence of the internal administration document but asserted that the grim modeling had not gone through interagency vetting and “is not reflective” of any projections from or analyzed by the White House coronavirus task force.

In a statement to reporters, White House deputy press secretary Judd Deere said that the internal report obtained by The New York Times was “not a White House document” and hadn’t been presented to the coronavirus task force.

The alarming modeling comes as some states are already beginning to put parts of the White House’s phased reopening plan into motion despite concerns that the administration’s guidelines for doing so have not yet been met. It also underscores fears that moving too fast to relax strict social-distancing restrictions could fuel a dangerous second wave of infections.

The CDC document found some reason for optimism, noting that nationwide, the trajectory of new illnesses in "multiple counties, including hard hit areas in Louisiana and in the New York City region" has continued to decrease, and that incidence rates have recently plateaued around Chicago.

Still, it found that there "remains a large number of counties whose burden [of illness] continues to grow or are in an elevated incidence plateau, including in the Great Lakes region, parts of the Southeast, Northeast, and around southern California." The document includes a color-coded map of the country with darker spots peppered throughout, and it states that the goal "is to have all communities be represented in the lighter colors, demonstrating little to no disease burden and no increase in trajectory."

Deere on Monday defended the White House plan, which President Donald Trump released last month with the goal of returning to some semblance of normalcy and reviving an economy that has been shuttered over the past two months due to the virus.

The guidelines “are a scientific driven approach that the top health and infectious disease experts in the federal government agreed with,” Deere said. “The health of the American people remains President Trump’s top priority and that will continue as we monitor the efforts by states to ease restrictions.”

Murray also noted that the updated University of Washington model also now takes into account the ramping up of testing in most states, as well as warming temperatures heading into late spring and early summer. But he cautioned that the impact of temperature on coronavirus transmission is not yet fully understood, and likely will not be for several more months.

For now, IMHE is assuming that every degree Celsius the temperature goes up will lead to a 2 percent decline in transmission.