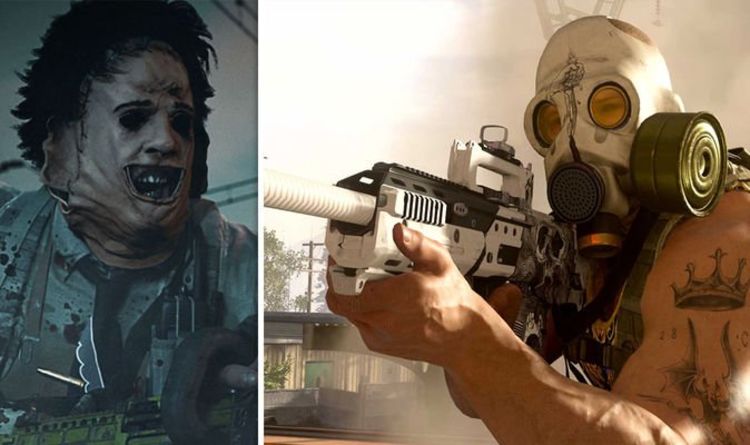 The Call of Duty Modern Warfare and Warzone Haunting in Verdansk Halloween event is about to begin on PS4, Xbox One and PC.

The Haunting in Verdansk Halloween event has an October 20 release date in Modern Warfare and Warzone. It ends a couple of weeks later on November 3.

The event will have a 6pm BST UK start time, which is the same time the Black Ops Cold War open beta comes to an end.

Needless to say, it will launch alongside a big update, which will lay the foundations for the big event.

And based on all of the information revealed by Activision, Haunting in Verdansk is shaping up to be one of the biggest and best events yet.

For starters, the launch of the event will coincide with the release of two very special in-game bundles.

The Texas Chainsaw Massacre and Saw bundles contain Billy the Puppet and Leatherface skins, as well as new weapon blueprints and lots more.

“Other operators are preparing for the Haunting of Verdansk in their own ways, whether with new skins or brand-new blueprints that add a scary amount of firepower to an already massive arsenal,” Activision continues.

You can see the plans for the Haunting in Verdansk Halloween event in the tweet above.

Perhaps one of the most exciting additions in Warzone is the Zombie Royale limited time event.

“When the clock strikes midnight in Verdansk, it’s time to bring out the undead. Operators can fight against and alongside powerful zombified creatures as part of Zombie Royale, a limited-time mode where death is far from permanent.

“Instead of being sent to the Gulag, dead Operators will come back to life as a zombie. Although zombies cannot use weapons, they have supernatural abilities: increased speed, improved jumps, deadlier melee attacks, and thermal vision.”

Zombies can, however, come back from the dead, but only if they collect two syringes left behind by fallen players.

Various Warzone game modes will also take place at night, complete with one or two scary surprises for players.

“No matter the operation, visiting Verdansk at night will leave operators open to a few frights,” Activision explains.

“Some say that a ventriloquist doll frequently appears on television sets tuned to defunct channels, and the poltergeist of a chainsaw-wielding killer can be seen and heard across the Krovnik Farmland.

“Others claim that the defunct tracks near the Train Station are still in use by a ghost train, a vessel filled with souls of those who lost their lives fighting in the Gulag.”

However, as Activision points out, some of the Trick or Treat Supply Boxes will contain scary surprises.

By Kasey MooreWelcome to your comprehensive look at what’s coming to Netflix in the US throughout the month of December 2020. It’s going to...
Read more
Entertainment