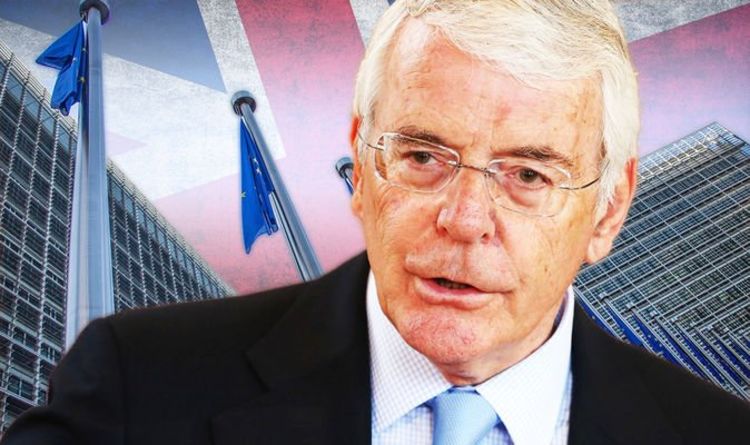 It all centred around Bovine Spongiform Encephalopathy (BSE) – or mad cow disease – and the beef crisis that hit Britain in 1996. The Tory government had admitted that BSE could be transmitted to humans in the form of Creutzfeldt-Jakob disease and, in response, the European Union issued a worldwide ban on British beef and beef products. Germany and France had already issued unilateral bans on British beef imports to their countries, but the Commission was now enforcing a global ban – even to countries outside the EU.

Farmers in the UK took a huge hit as cattle and beef prices plummeted, school meals took meat off the menu and thousands of cows had to be killed.

This triggered outrage among Eurosceptics, just as the dust was settling after the Maastricht Treaty several years before.

An editorial in The Sun read: “If Brussels has the power to stop Britain from selling a product anywhere in the world, then we are no longer an independent sovereign nation with control over our own affairs.

“We are just one of the herd. John Bull has been neutered.”

Firstly, John Major’s government offered a range of actions such as a general and targeted culling of cows, including all unproductive cows over the age of 30 months – and destroying their bodies.

They later offered to slaughter 80,000 cows.

However, with the EU remaining intransigent, Mr Major promised a policy of non-cooperation with the bloc.

Meanwhile, the UK issued proceedings in the European Court of Justice seeking an annulment of the beef ban.

On June 11, the European Commission lifted the export ban on British beef by-products.

A week later, a deal was agreed on a gradual lifting of the beef ban at a Florence summit of EU leaders.

However, the European Court of Justice rejected the UK’s bid for an immediate suspension of the worldwide ban.

The crisis took relations between the UK and EU to a historic low and serious questions were asked about Britain’s membership.

European Commission President Jacques Santer warned that a “moment of truth” was approaching.

The UK’s commissioner told UK businessmen to start speaking up for Europe “if we are not to be lured, step by insidious step, on the dangerous path towards leaving the European Union”.

While there was a detente in relations after the crisis was resolved, it demonstrated how the UK was seriously opposed to the idea of ceding further powers to the EU.

It may have seemed like an overreaction to those on the continent, but to Britons the beef ban was about more than struggling farmers – it was about the country’s sovereignty, its ability to make its own decisions on trade, as well as everything else.