Monarchy in CRISIS: Royals must ‘slim down’ after chaos of Harry and Meghan exit – WARNING 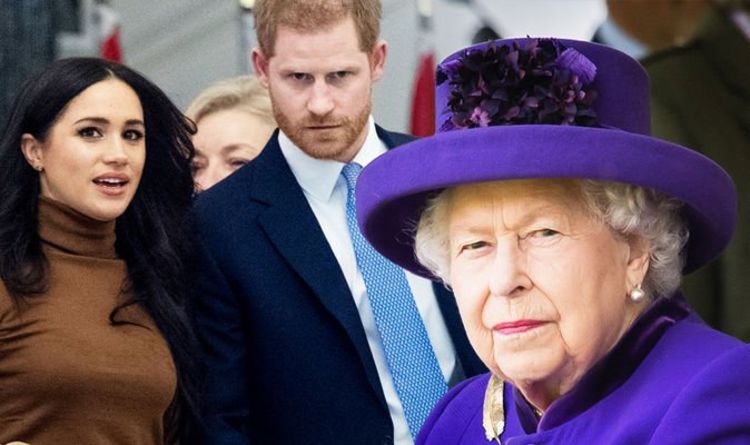 Our exclusive survey shows that less than half of young adults now believe that the monarchy is “good for the UK”, raising serious questions about how it continues to function. While the monarchy still has steadfast backing among the older generation and overall 61 percent think it benefits Britain, the slump in support among younger people will cause concern in the wake of Harry and Meghan’s decision to step down from royal duties and live in Canada.

The poll also shows that nearly half of those questioned think the monarchy should be trimmed down in size.

In what will be a huge jolt to Buckingham Palace officials still reeling from the constitutional crisis created by Harry and Meghan’s decision the Savanta ComRes poll commissioned for the Daily Express on Saturday reveals:

* 47 percent think the monarch should be reduced in size, while only 15 percent disagreed.

* 44 percent say it is unacceptable for Harry and Meghan to trade on their royal background for commercial gain while only 27 percent said it was acceptable.

* 40 percent think Harry has made a mistake relinquishing his royalty with 31 percent supporting his move.

* 45 percent want William to become the next monarch ahead of Charles with 20 percent disagreeing.

Dickie Arbiter, a former press secretary to The Queen, said last night: “As expected there is a divide between 18-34-year-olds and over 55s but taken as a whole over 50 percent think Harry and Meghan were wrong. I happen to agree.

“There is no question the UK gets pretty good value for money out of the monarchy [but] with Prince Andrew effectively fired from royal duties and Harry and Meghan having walked off into the sunset to become financially independent, slim it down any further and there won’t be anybody left.”

The results are the first clear assessment of public opinion on the Royal family and its relevance in modern Britain after a tumultuous few weeks for the House of Windsor in which the sixth in line to the throne dropped his bombshell and announced to the world he and his family were effectively abdicating.

In a remarkable public statement they said they were quitting to become financially independent, but according to the poll, a significant proportion of people think they were wrong to do so and as a consequence would like to see a slimmed down version of the monarchy.

Harry’s decision to turn his back on royal duties deeply upset the Queen and has rocked the monarchy to its core, raising questions about its role in twenty first century Britain.

The public response to his stance highlights the generational divide in opinion.

More than half of adults aged 55 and over agree he made a mistake, compared to less than a quarter of those aged 18-34.

It has also led to a surge of support for the Duke and Duchess of Cambridge with many believing the monarchy now has an opportunity to renew itself by skipping a generation when the Queen’s reign ends.

While Kate has seen a significant surge in support, especially among women with one third saying she has ‘become more favourable’ to them since Harry and Meghan’s exit from the family.

Overall, half of young adults would prefer William to be the next monarch, compared to just over a third of those aged 55 and over, an opinion that has grown over the past ten years.

* Savanta ComRes interviewed 2,039 GB adults online from the 22nd to 23rd January 2020. Data was weighted to be demographically representative of all GB adults. Full tables at www.comresglobal.com.

Facebook
Twitter
Pinterest
WhatsApp
Linkedin
ReddIt
Email
Tumblr
VK
Previous articleFlights: Plane passengers to be banned from bringing this on flight – do you have one?
Next articleBest supplements for muscle gain: Taking this amino acid has been proven to build muscle