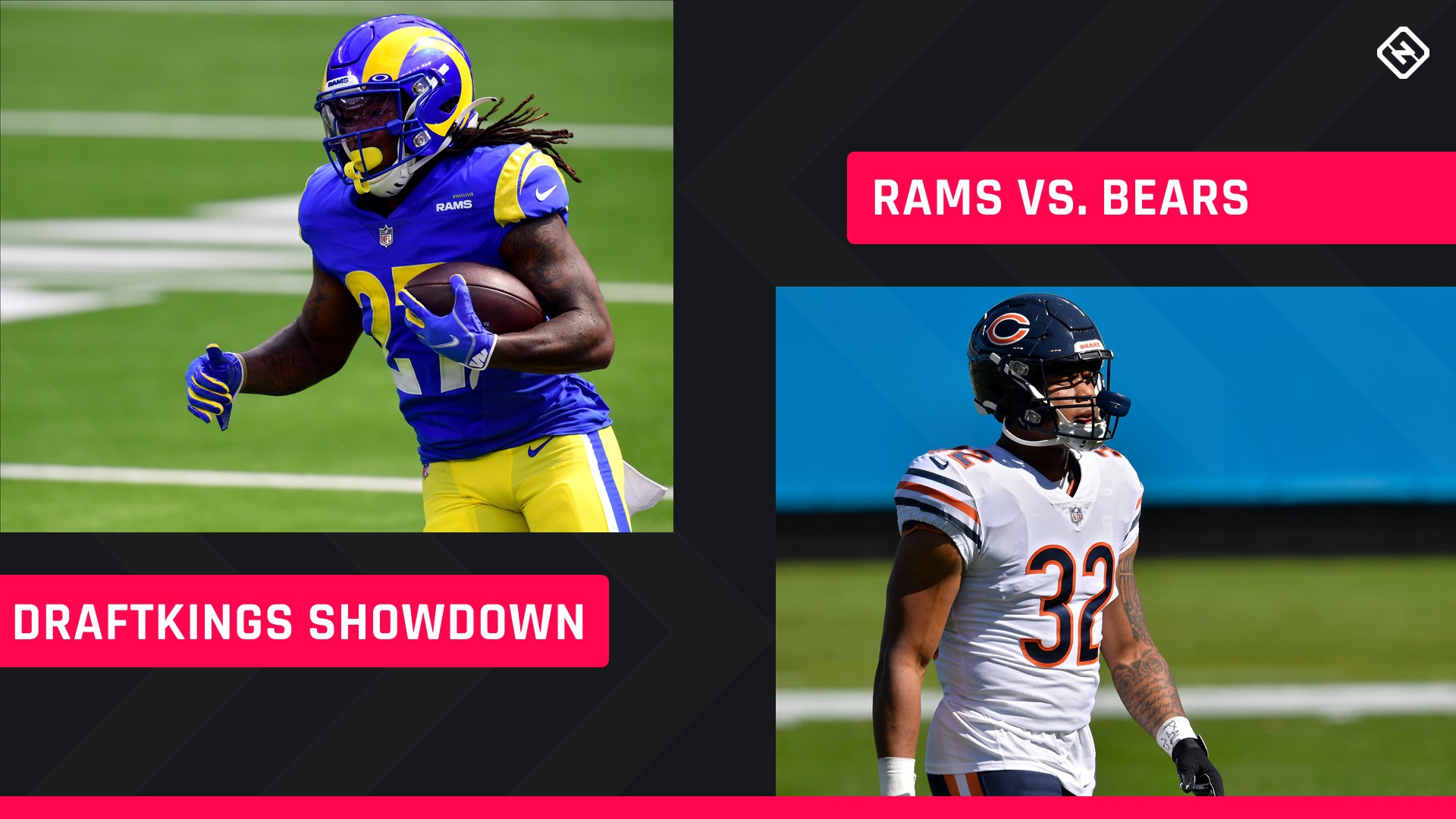 The Bears and Rams both have talented defenses and offenses that sometimes disappoint. That makes putting together a DraftKings Showdown lineup for Monday Night Football in Week 7 a bit difficult. It’s not that the D/STs are necessarily amazing DFS plays, but this game could be unpredictable overall.

We’re also without a lot of low-priced sleepers. That eliminates most thoughts of using a value captain, and we can’t really use a super high-priced captain, either, because there isn’t anyone really cheap to make up for that play with. Instead, we have to focus on volume when building our lineup.

There isn’t one standout captain pick in this game, but we’re favoring the Rams. Since Chicago has a statistically worse run defense than pass defense, that means we’re going with Henderson, who seemingly has locked down the heavy duty rushing load for L.A. If our thinking that the Rams are the better team here plays out, Henderson should be helped out by game script, too.

There’s only room for one of this game’s quarterbacks in our lineup, and we’re going with Goff due to the wide spread of weapons for the Rams. We can predict with some certainty where Nick Foles’ heaviest passing will go, but the Rams are more all over the place. Goff gives us a piece of the WRs we didn’t use in Robert Woods and Cooper Kupp.

Robinson could get the Jalen Ramsey treatment, but he’s the most heavily targeted player on the Bears regardless of matchup. The lowest target total he’s seen in a game this season was last week’s nine. Volume is as important as anything at this price, and while Foles at a similar price isn’t that appealing, Robinson’s heavy workload is.

Montgomery gets a bit tougher rushing matchup than Henderson, thanks mostly to Aaron Donald up the middle, but this is another volume play. Montgomery had 23 touches last week and 18 the week before, giving him a solid floor at least.

Everett ran the same number of routes as Tyler Higbee in Week 6, so their disparate snap counts can mostly be ignored. Higbee also is dealing with a hand injury that, if anything, could involve Everett even a little more in the passing game. That’s worth the drop-off in price from Higbee to Everett.

Reynolds has seen at least four targets in each of the past four weeks. There aren’t any super-appealing, low-priced options in this game, so we’ll go with the floor of Reynolds based on those middling target totals and hope he can find the end zone.