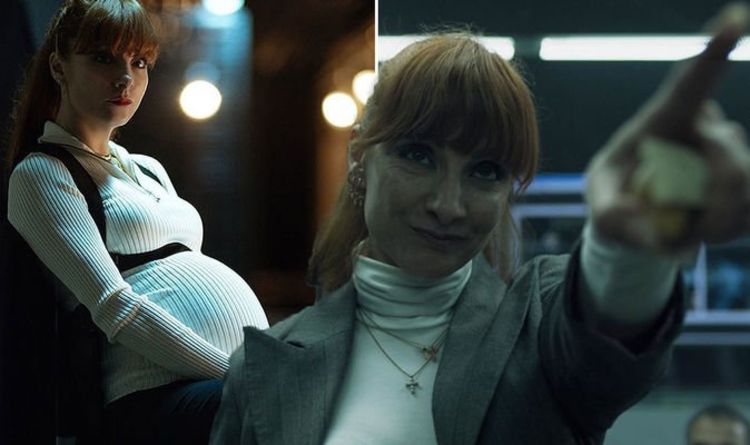 An impromptu childbirth would certainly throw a spanner in the works if it happens in the midst of a police crackdown, but it would be a dramatic change of pace for the crime series.

What could be more likely is Alicia/Tatiana is faking her pregnancy as part of her elaborate scheme to get one over on the team she blames for her boyfriend’s death, if that theory holds water.

The Redditor continued: “As far as I know when you’re that late in the pregnancy, you shouldn’t be working stressful jobs.”

More fans were keen to point out in the comments that fans have already seen Alicia smoking, drinking caffeine, eating junk food and engaging in torture, a big list of no-nos that a pregnant woman should definitely be avoiding.