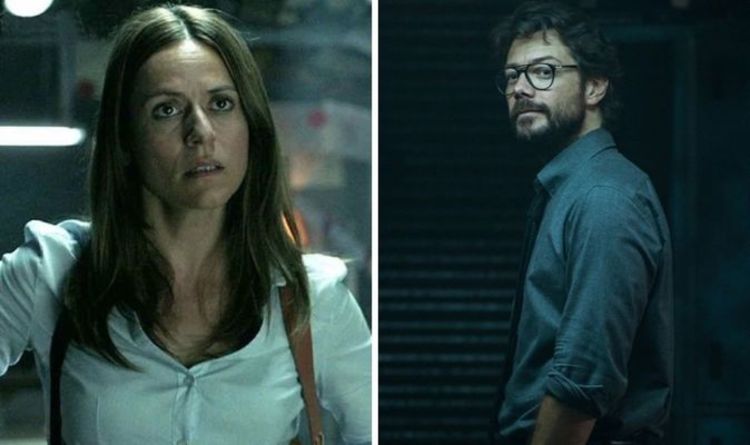 Lisbon is interrogated by the Spanish police’s new, unstable inspector Alicia Sierra (Najwa Nimri) throughout part four, but is reunited with the team following the death of Nairobi (Alba Flores).

Although Lisbon has remained loyal to the Professor throughout his latest scheme, a recent interview with Álvaro Morte has indicated his character may not want to commit to a romantic relationship much longer.

Ahead of the release of Part 4 earlier this year, Morte spoke to Identity about the Professor’s role in the latest instalment.

The Spanish star revealed: “I like many things about the professor but mainly his patience and capacity to work. He’s an intelligent guy. I mean, he’s spent years just working on a plan.”