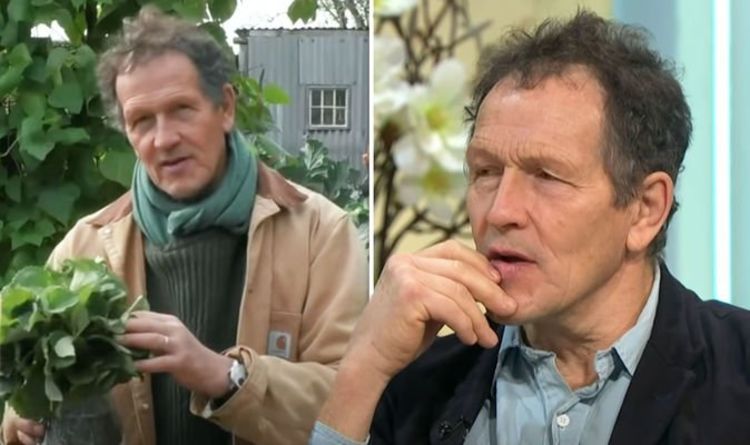 Opening up about his dad’s death, Monty began by revealing he had a “complicated” relationship with him.

The gardening expert said he was “a disappointment” as he “didn’t do what he wanted”, but said they “were close” in other ways.

After learning of his dad’s death, Monty said he had a rare encounter with a kestrel during his regular walk in London, which he believes was a sign from his dad.

Opening up about the moment, he said: “I was walking along Regent’s Canal to work, I lived in Hackney, I worked in Islington and I used to walk along there every morning.

The horticulture expert went on to say speaking and thinking about the moment was difficult, and he had even refrained from writing about it in his book.

It’s not the first time Monty has opened up about memories of his dad.

Recalling his childhood in a previous interview, the Gardeners’ World host said his dad, who served in the armed forces, was a “frightening figure”.

“He was an army heavyweight boxing champion and a commando and had been through the war.

“He had killed people. He was not in any way aggressive but it was a latent… He was a scary man,” he told The Times.

Monty said his dad had struggled with depression and was thought to be suicidal.

At one point, his mother asked him to remove the bolt from his father’s gun because she feared he may use it.