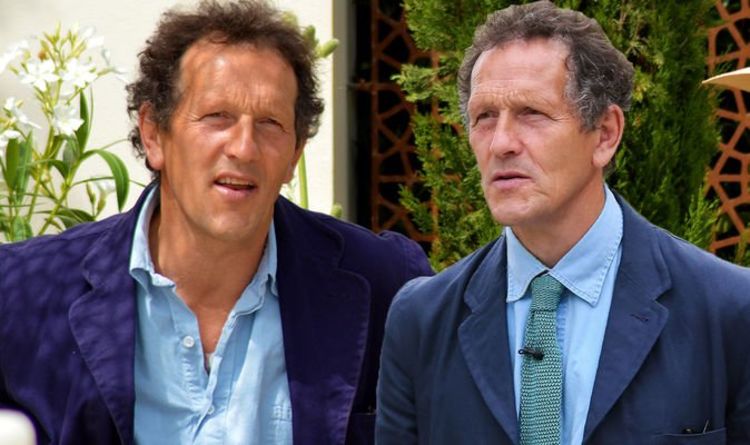 “It’s true love and, as with losing anyone you love, it’s real grief,”  Monty told The Times.

Back in May, Monty’s golden retriever died after suffering “violent, unstoppable seizures”.

The dog made regular appearances on BBC Two’s Gardeners’ World and even lent his name to Monty’s book Nigel: My Family and Other Dogs.

The star shared a photo of a terracotta pot with a sentimental engraving.

READ MORE:Louise Redknapp reflects on past as ex Jamie addresses their divorce

Last year on Twitter, Monty revealed that Nigel had undergone surgery to remove growths in his mouth.

The dog’s unusual name is said to come from the gardening enthusiast’s humour at giving pet’s human names.

Monty also recently discussed the difficulty of growing up with his dad Denis, who he described as being a “frightening figure” and worried at times his dad would take his own life when he struggled through “deep depressive fits”.

Monty’s father had served in the armed forces and has previously “killed people”, although the garden expert shared that he was not an “aggressive” person by nature.

Monty shared with the publication: “He was an army heavyweight boxing champion and a commando and had been through the war.

“He had killed people. He was not in any way aggressive but it was latent … He was a scary man.

“You didn’t mess with him and he had these deep depressive fits when he wouldn’t talk to anyone, “ he added to The Times.

Gardeners’ World airs on BBC Two at 8am Tuesday, September 29.