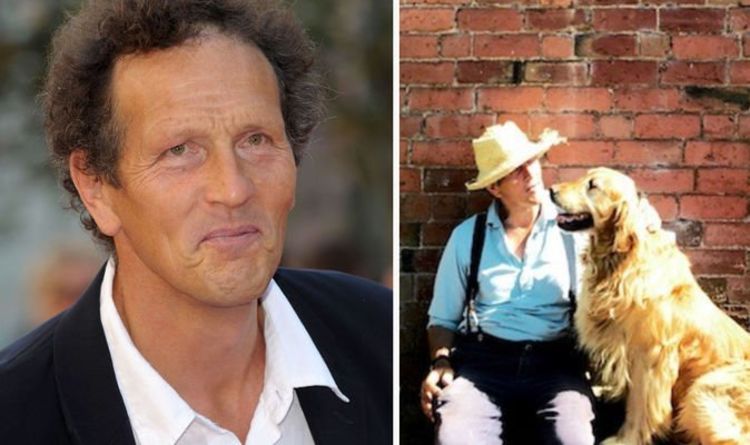 Just three months ago, Monty had to say good goodbye to his loyal companion Nigel, who was a fan favourite on his gardening show.

On May 11, he took to Twitter to announce his 11-year-old dog, who was also a Golden Retriever, had tragically died.

In a heartfelt tribute, he told his 153,000 followers that Nigel was now buried in the garden with “lots of tennis balls”.

At the time he said: “I am very sorry to announce that Nigel has died.

“He slipped quietly away with no pain or suffering and is now buried in the garden with lots of tennis balls.”

“Rest now old friend. See you in the sweet bye and bye,” the emotional presenter added.

bshilliday Kylie Jenner is very particular how she looks in IG photos. She freaked when sis Kim Kardashian shared a throwback snapshot of her sisters...
Read more
Celebrity

"I hope Tim does it one year as he'd be brilliant." When The Voice's Emma Willis joined Simon and Tim on Sunday Brunch, the latter...
Read more
Celebrity

Susanna Reid: 'Exhausted' GMB host quits role away from show 'I want to do a better job'

Susanna admitted she had become “exhausted” after saying “yes” to everything and taking on a variety of opportunities. The mother-of-three said she had read a...
Read more
Celebrity

Ryan Shea Andy Cohen and pretty much anyone who tuned into ‘Watch What Happens Live’ on September 24 were shocked to know that Bethenny Frankel...
Read more
Celebrity

Alyssa Norwin Megan Fox was by her man, Machine Gun Kelly’s, side as he celebrated his album release on the evening of Sept. 24. The...
Read more
Celebrity