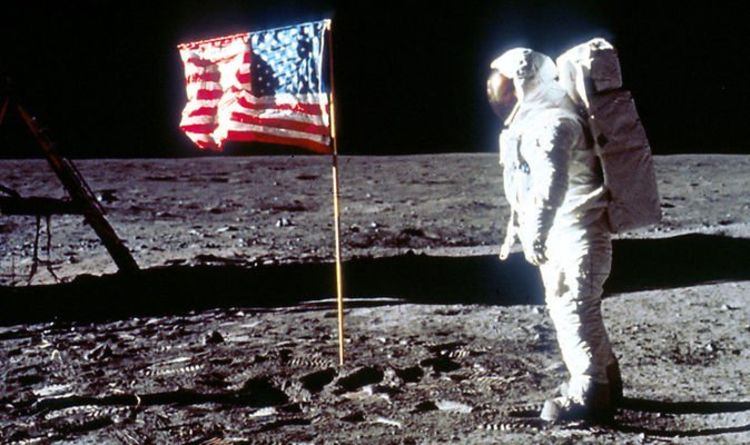 Paul Sakakeeny is a former computer scientist who worked at Massachusetts Institute of Technology during the Sixties. One of his key jobs was overseeing NASA’s operating system used during the legendary Apollo 11 mission to the Moon in 1969, known as the General Purpose Simulation System (GPSS). Mr Sakakeeny claims a “serious bug” in the system caused a malfunction during the descent to the lunar surface, which will put an end to any outrageous claim the Moon landings were faked.

He told Express.co.uk: “As a computer operator at the former instrumentation lab at MIT which developed the Apollo computers, guidance, hardware software and apps needed to get to the Moon and back, I can say unequivocally the Moon landings were real.

“The simulation programme actually created the navigation plan and downloaded it to the capsule at T-minus two minutes before launch.

“The simulator contained a serious bug which was not apparent until the actual lunar lander touchdown.”

Mr Sakakeeny said the malfunction led to the simulator showing that the lunar lander had crashed into the Moon’s surface.

He added: “The simulation, when adjusted with the real flight data, attempted to land three feet into the Moon’s surface, crashing the lander.

“A fake landing would not have produced the this.

“One could say this proves the landing was fake because the wrong data fed to the simulator containing an error and if a real landing had occurred the simulator would work.

“Except, despite the best efforts of IBM and MIT the bug was never found, until the year 2000.”

“This is okay for most calculations, but unfortunately complex orbital navigation needs to account for leap days.

“The bug was real and could only be identified by us thanks to an actual lunar landing which rules out any fake theories.”

Neil Armstrong and Buzz Aldrin experienced their own fair share of computer issues during the landing, too.

Just before touchdown, Armstrong radioed Mission Control, saying: “It’s a 1202… What is that? Give us a reading on the 1202 Program Alarm.”

The warning sign meant a “progressive overload” for the computer onboard and threatened to abort the mission.

However, Armstrong decided to ignore the alarm, acting on his instinct that everything was okay fundamentality.

He would later say: “You’re always concerned when any kind of alarm comes on.

“I didn’t understand the nature of this particular alarm.

“The computer had a lot of complaints, but my own feeling was that as long as the engine was operating right i had control.

“I would be in favour of continuing no matter what the computer was complaining about.”