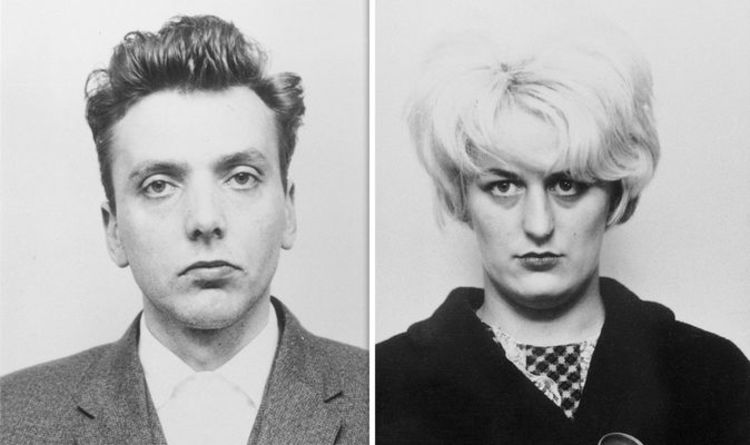 The Home Office proposals were put to Prime Minister Margaret Thatcher in 1985 only for her to pour cold water on them. Hindley could have been out for her final seven years while Brady could have been free for 12 years. Previously classified files from Cabinet meetings – released in 2017 by the National Archives – show that Home Secretary Leon Brittan suggested Hindley could go free after 30 years while Brady could be released after 40.

The two had already been behind bars for 19 years when Mr Brittan decided to set in train the first formal reviews of their release prospects.

But the suggestion provoked fury from Mrs Thatcher who was adamant they should both die behind bars, describing their crimes as “the most hideous and cruel of modern times”.

The serial killers were responsible for the deaths of at least five children in the Sixties after a series of brutal killings in and around Greater Manchester.

In 1966, they were given life sentences with the trial judge recommending they should spend “a very long time” in prison.

But, in line with policy at the time, their cases came up for review for the first time by the Parole Board in the Eighties.

In a memorandum to the Prime Minister, Mr Brittan said that while he did not expect the board to recommend their release on this occasion, there would come a time when they could be safely released into the public.

He wrote: “At present I have in mind a tariff of 30 years for Hindley and 40 years for Brady, implying that after 1992 and 2002 respectively the question of release (in 1995 and 2005 at the earliest) will be determined on risk grounds rather than on grounds of retribution or deterrence.”

The suggestion was met with indignation from Mrs Thatcher, though.

Referring to “the public’s revulsion” of the two killers, the Conservative Party grandee replied: “I think the sentences you are proposing are too short.

“I do not think that either of these prisoners should ever be released from custody. Their crime was the most hideous and cruel of modern times.”

Before his death, Brady had been incarcerated at Ashworth Hospital for 32 years while Hindley died in 2002 after 35 years behind bars.

The true horror of their crimes was only revealed once they were arrested and brought to court with even hardened police officers struggling to cope with the revelations.

Most infamous was the murder of 10-year-old Lesley Ann, who they lured away from a funfair on Boxing Day in 1964.

Britain’s most evil couple then forced the terrified schoolgirl to pose for photos as they tortured and then murdered her.

The killers had recorded the murder and, with it, little Lesley Ann’s final words.

In front of a hushed courtroom at Chester Assizes in 1966 the tape was played to an all-male jury.

Lesley Ann pleaded with her sadistic captors to let her go.

Frightened, she begged: “Don’t undress me, will you? I want to see mummy.”

Her remains were later found on Saddleworth Moor with her clothes at her feet.