More than just an actor 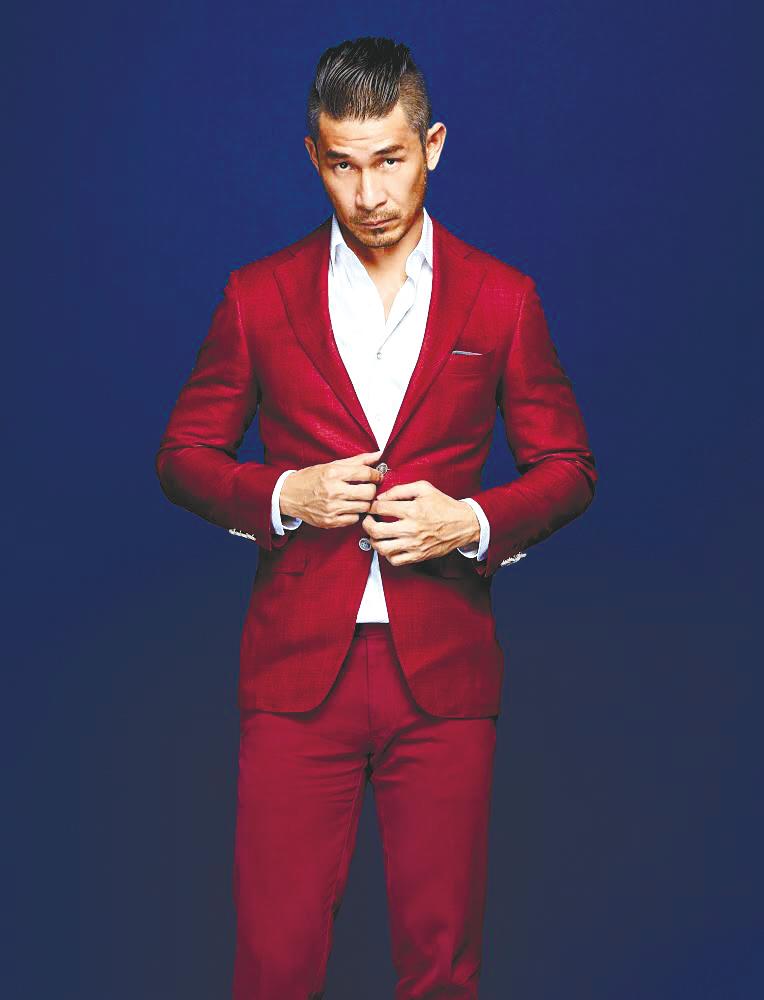 IT WAS only natural for Steve Yap to transition from being a model to an actor, and now Yap, who has worked across Asia including China, Taiwan, Hong Kong and Singapore, wants to write a script for a feature film about Malaysia.

“Malaysia is a unique place, multi-racial, multi-ethnic. We are blessed,” he explained.

Yap, who is inspired by the late director Yasmin Ahmad, feels only a few directors like Yasmin have made movies focusing on the ‘true’ side of Malaysia, showing the world our rich variety of cultures and ethnicities.

Yap hopes to make a uniquely Malaysian movie but perhaps, in a different genre – comedy.

As a drama he was scheduled to shoot was postponed due to the implementation of the movement control order (MCO), Yap decided to continue writing a script which he started eight years ago and plans to pitch for a movie one day.

“I want to show the world and fellow Malaysians that our differences make us unique and stronger, compared to other countries. This is an advantage. We should focus on our advantages instead of our weaknesses,” said Yap during a phone interview.

“I want to tell the truth, but in a comedy. I want to show the good and bad [aspects] of our differences. That is my ultimate dream,” said Yap, who boasts a varied acting resume such as Paskal: The Movie (2018), Special Female Force (2016), The Last Dance (2006), Mein Herz (2011), a German telemovie shot in Malaysia, the Mandarin drama series, The Descendant (2012), and many others.

Yap has also won the Best Actor award for the BMW Shorties in 2017, and for Best Supporting Actor in the 2014 Golden Awards.

According to Yap, acting involves emotions. However, this can be difficult when film and drama scenes are shot out of order.

“You have to imagine what is happening in the scenes, even before the scene is shot. You have to use your imagination,” added Yap.

Role of a lifetime

He stated that his dream-come-true role would be playing a real-life character in an autobiographical movie.

“In Malaysia, we have so many stories to tell. I like this [genre] of movie. It is historical. Movies are not only for entertainment purposes, but also for education.

“We are sending a message to the audience. We have to send the right message. Let the youngsters know about the contributions and sacrifices (of historical and) political figures.”

“Hopefully, one day, he will share (about his life) with Malaysians.”

From modelling to acting

A versatile model, Yap has appeared in many TV and print advertisements, before being approached to act.

His first acting experience was in Hong Kong. “That is how I became an actor,” said Yap, explaining that he learned the craft on the job.

Looking back, he feels that modelling helped him to shed his inhibitions when facing the camera and to be in the public eye.

“Modelling helped my acting. I would say, [due to] modelling, I have learned how to conquer fear and nervousness. So, I bring it to [my] acting,” said Yap.

He admits that he suffers from something he calls “speech fright”, saying that he could memorise a dialogue and speak in front of the camera, but finds that speaking on a stage is a different experience altogether. “I still feel nervous.”

Looking through Yap’s Instagram page, it is clear that he keeps himself fit. An avid cyclist, Yap cycles at least three or four times a week, and participates in group cycling and mountain biking.

He said: “I am really a hardcore cyclist. I travel overseas for cycling. In fact, just before the implementation of the MCO, I went to Chiang Mai, Thailand and Indonesia for cycling.

“I am also a footballer, a rock climber and I practise all kinds of sports, including extreme sports such as skydiving and freediving.”

Yap added: “I am always looking for an adrenaline rush from these activities.”

There are risks involved, such as when he met with an accident 20 years ago during his first attempt at freediving, due to the inefficiencies of the freediving operator, but it did not deter him from continuing to participate in extreme sports.

“Fortunately, I did not die or break any of my body parts,” explained Yap, adding that he is also practising nunchuks now.

Since the MCO was implemented, Yap spends his time talking to friends about various topics on social media.

“I want to talk about something entirely differently (from the Covid-19 pandemic) to get away from all this negativity, and for people to forget (about the coronavirus) for a while,” he said.

As for the current situation, he said: “We have to deal with it, differently and change our lifestyles.”