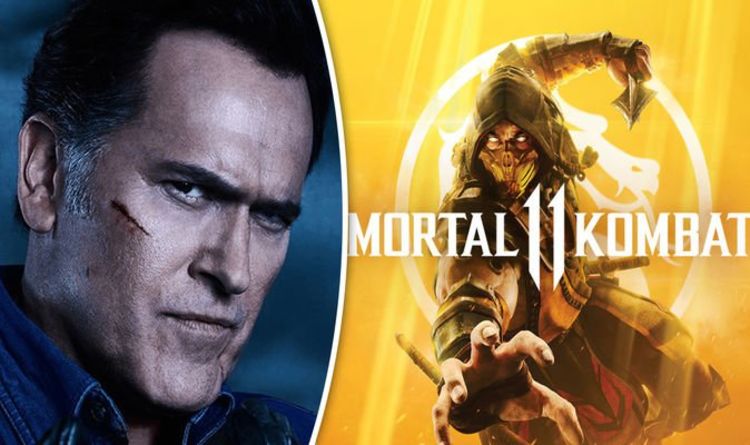 Mortal Kombat 11 fans have been dealt a blow ahead of DLC Season 2.

New Mortal Kombat 11 DLC characters are expected to be announced in the coming months.

Based on earlier rumours, Mortal Kombat 11 developer NetherRealm is planning to add Ash from The Evil Dead to the character roster.

Unfortunately, however, Evil Dead star Bruce Campbell may have poured cold water on the idea.

In an interview with Fansided, Campbell said that he isn’t sure if it’s going to happen.

“I probably shouldn’t emphasise yes or no because I don’t know,” he said. “The reason why it may not happen, just so you and the readers can know this, a lot of time for legal purposes, that character cannot appear in other things because of the license.

“If you can’t make a deal, that character is not going to show up. So, we may have been talked to about it.

“But I do know with MGM that handles the Army of Darkness licensing that they’re hasn’t been a discussion with them about it. They’re pretty touchy. We have to be careful of ownership.”

Ultimately, however, Campbell said that he doesn’t know, which means nothing has been ruled out.

“I honestly don’t know. I think I would have heard something. It’s not like my agent books me without consulting with me.

“Even if Mortal Kombat came to me and said they want to put me in it, you still have to make a deal. If my agent says, ‘Bruce Campbell wants a hundred billion dollars,’ and then they say no, the deal is dead.

“The answer is we don’t know. No point in beating around about that.”

Kombat Pack 1 also contains 19 additional skins, as well as costumes and items with each new character.

Kombat Pack 1 owners also get early access to the new characters. You can pick it up for £32.99.