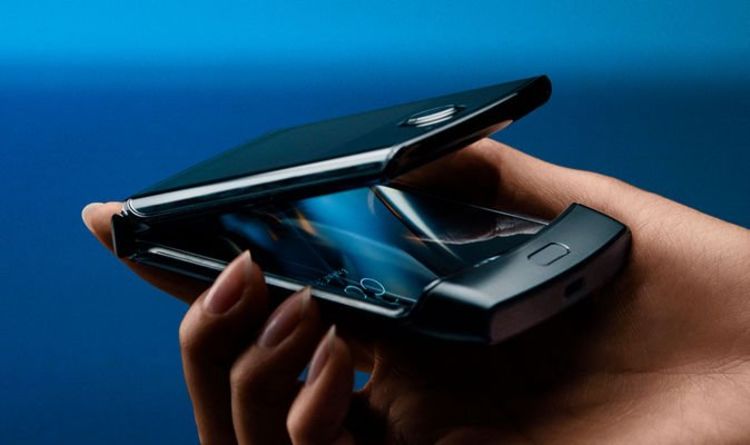 After years of dormancy, Motorola has finally resuscitated its iconic Razr brand. But don’t think you’ll be flipping your phone like it’s 2004, no, the company has traded in a retro keypad and an archaic display for a single pliable OLED.

From the outside, you’d be forgiven for thinking Motorola dug up a dusty box of old Razr V3’s and slapped a foldable display inside. The new Razr really looks like the original but actually has a number of contemporary upgrades, such as a physical fingerprint scanner on its bottom lip, to bring it up to 2019 standards.

The new Razr has two displays, a 6.2-inch plastic screen inside with a notch at the top and an external panel that not only provides always-on functionality, but can also be used as a camera viewfinder to take glorious selfies, too.

To construct the handset, Motorola had to completely rethink the hinge that made the 2004 Razr so intuitive (and let’s admit, incredibly fun) to open and close. The firm’s new design trades in its circular appearance for one that’s squared off at the top – personally, we think this makes the device look more compact overall.

Motorola is making a big song and dance about its new hinge mechanism. More specifically, the firm has decalred, when folded, the Razr’s Flex View display sits in a relaxed position which should prevent creasing. This has been a paricular issue for a number of other foldable devices such as the Samsung Galaxy Fold.

The body of the device is made of stainless steel and not the aluminum present on most other smartphones on the market.

Qualcomm’s Snapdragon 710 chipset should keep the device ticking along. Although it’s worth noting this isn’t as powerful as the American manufacturer’s flashy Snapdragon 855 Plus silicon. The 710 is accompanied by 6GB of RAM and 128GB of storage.

Camera-wise, the new Razr boasts a single 16-megapixel camera on its outside. The sensor offers a regular wide field of view, so you won’t be treated to improved zooming or a flashy ultra wide-angle. There’s also a single front-facing camera for selfies that’s five-megapixels.