Motorola Razr 2019 release: The wait for this foldable phone may finally be over 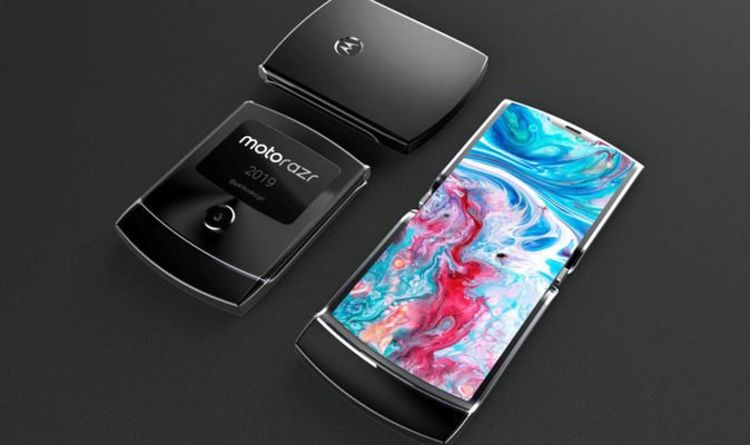 It seems a truly foldable Motorola Razr smartphone is only a few weeks away from an official reveal.

The firm has sent out invitations to an event on November 13 that could finally take the wraps off a futuristic rendition of the classic flip phone.

As reported by CNET, Motorola said the showcase taking place in the bustling city of Los Angeles will be for the “highly anticipated unveiling of a reinvented icon”.

If that didn’t make you giddy with excitement, the invitation from Motorola also reportedly promised that fans are “going to flip” when they see what’s in store.

Plus, a GIF housed within the invite appeared to show the outline of the vendor’s iconic Razr V3. The GIF displayed what seems to be the traditional device’s hinge being pulled back to reveal a different mechanism, designed for a foldable display perhaps?

While the American tech firm hasn’t explicitly confirmed the Razr is making a comeback, we think the invitation from CNET speaks for itself.

The outlet said Motorola had initially targeted the summer to release its revamped Razr. However, it’s now apparently focused on getting the device out the door before 2019 is over.

Design-wise, it’s been tipped the nostalgic device will be based on the Razr’s iconic flip-phone design but throw out decade-old internals in favour of a single OLED display that unfolds with its body.

Just like the original Razr, it’s expected the phone will be extremely portable when folded but offer a more familiar smartphone experience when elongated.

The Razr 2019 has been tipped to boast a 6.2-inch display when unfurled. Qualcomm’s Snapdragon 710 processor has been rumoured to be housed under the hood along with either 4GB or 6GB of RAM.

Moreover, the device has also been speculated to come with a 2,730mAh battery and up to 128GB of storage.

If Motorola does indeed release a pliable Razr, it would join the Galaxy Fold and Huawei Mate X as one of the first of its kind.

Samsung announced the Galaxy Fold back in February and only just released it in limited markets. Meanwhile, there’s still no word from Huawei about a precise Mate X debut.

Of course, making foldable phones isn’t easy. The Galaxy Fold showed just how difficult it can be to engineer a product that not only looks like something straight out of the future, but is also durable enough to withstand the wear and tear of everyday life.

Express.co.uk will be covering Motorola’s forthcoming showcase live, so stay tuned for news on a possible Razr reboot.