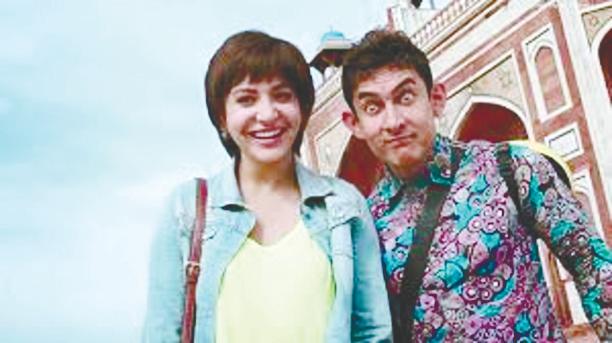 IT is not the best of times. We are on lockdown. Some feel trapped at home, while others are battling for their lives from the coronavirus. The atmosphere is gloomy and depressing. Indeed, we are in dire need of laughter in our lives. With that in mind, theSun is listing down ten comedies to keep your spirits up.

In this film, the groom goes missing after celebrating his wild bachelor party. His three buddies have to find him before the wedding. Their search leads them to hilarious hijinks. Even supporting characters like the gangster Mr Chow (Ken Jeong) and stripper Jade (Heather Graham) were extremely funny.

An FBI agent is paired with a Boston cop. The two ladies with contrasting personalities – and who hate each other’s guts – have to work together to bring down a drug lord. With Sandra Bullock and Melissa McCarthy in the leads, you can never go wrong with this pick.

This Bollywood film centres on an alien who lands in India. His innocent child-like questions force people to re-evaluate the impact of religion and gods upon their lives. Director Rajkumar Hirani brilliantly pokes fun at religion in the most tasteful manner.

Inspired by Mrs Doubtfire, this Tamil movie stars award-winning actor Kamal Haasan as assistant dance director Pandiyan, who impersonates an old woman named Avvai Shanmughi so he can gain entry into his ex-wife’s house as a nanny. He just wants to be close to his daughter and try to convince his wife to return to him. But he didn’t expect his widower father-in-law to fall in love with ‘Avvai. Personally speaking, I find this movie is funnier than Mrs Doubtfire.

This Japanese film centres on a housewife named Miyako who is happy her script is being brought to life by a local radio station. But her happiness turns to despair on the night her play is supposed to be acted out live on air. The diva actress Naoko decides to change everything about her character, from her name to her profession. Then, the other cast members want the same thing. The frustrated Miyako can only cry her heart out. The tense situation is depicted in the most hilarious manner. You won’t stop laughing from beginning to end.

This Korean movie will make you cry and laugh at the same time. A mentally challenged man has been wrongly accused of a murder he did not commit, and has to spend time in prison. His innocence wins the hearts of the other prisoners and guards. They even help him to smuggle his six-year-old daughter into the prison so he can spend time with her.

This Italian movie centres on a Jewish man and his young son who are sent to the Holocaust camp during World War II. He builds a beautiful fantasy world for his son in order to protect the boy from the horrors of war. This black comedy will touch your heart while making you laugh too.

P. Ramlee was a genius when it came to comedies. The man directed many hits, but I love this one the best. This Malaysian movie is about a couple who fall in love without knowing they stay next to each other in a boarding house, where they hate each other. The chemistry between P. Ramlee and Sharifah Hanim was interesting to watch.

Of all comedian Jim Carrey’s movies, I love this one the best. He does not go overboard with this performance. He plays a man who is burnt out in his career and by his girlfriend dumping him. Then, he joins a motivational seminar where he is forced to say yes to everything, and that leads to a chaotic mess.

In this film, male nurse Greg Focker has asked his girlfriend to marry him. But first he has to meet his father-in-law to-be, and win his approval. However, the latter is not an easy man to please. Robert De Niro’s portrayal of the father-in-law from hell is great to watch.