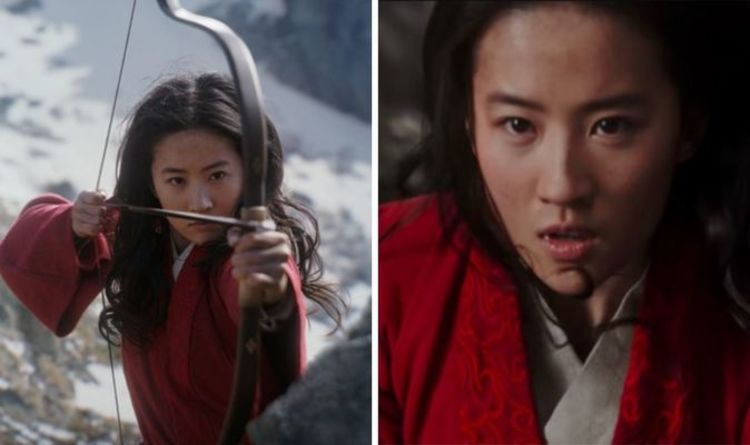 The star of Mulan, Liu Yifei, is an American-Chinese actress who has been in a number of Chinese movies.

The Disney film is one of her first Hollywood roles, but the views of the actress herself has caused controversy.

In August 2019, Liu shared an image posted by Chinese newspaper People’s Daily, which is one of the official newspapers of the Central Committee of the Chinese Communist Party.

Sharing the image on Weibo, a social media app, Liu included a quote from Global Times writer Fu Guohao, which read: “I support Hong Kong’s police, you can beat me up now. What a shame for Hong Kong.”

The image also included the hashtag: “IAlsoSupportTheHongKongPolice” with a heart emoji.

This sparked outrage in many fans who believed she was supporting police brutality against Hong Kong protestors, during what was a very difficult time for the people of Hong Kong.

At the time of her post, the tensions between Hong Kong and mainland China were escalating quickly, with tear gas, rubber bullets and bean-bag rounds being used to silence protestors.

At the Disney convention D23 Expo, Liu did not attend, despite a sneak preview of Mulan being shown, sparking further concern that she was being kept out of the limelight due to her comments.

In February 2020, The Hollywood Reporter interviews Liu, asking about her comments.

She replied: “I think it’s obviously a very complicated situation and I’m not an expert.

“I just really hope this gets resolved soon. I think it’s just a very sensitive situation.”

While Liu has not spoken a great deal about her comments, activists and protestors have taken again the film as a result of her comments, and taken to social media with the hashtag #BoycottMulan.

“But because Disney kowtows to Beijing, and because Liu Yifei openly and proudly endorses police brutality in Hong Kong, I urge everyone who believes in human rights to #BoycottMulan.”

There is another reason why Mulan has been boycotted by fans, which is the thanks given to the Public Security Bureau (PSB) in the credits.

According to author Jeanette Ng, the PSB is “one of the main forces administering the internment camps, enforcing the surveillance and interrogation of even nominally ‘free’ Uighurs, forcing people into slave labor, demanding that Uighurs host Han guests employed by the government to spy on them, and sterilising Uighur women”.

The film was partly shot in Xinjiang in 2018, which Jeanette claims in her review for ForeignPolicy.com was a point where authorities knew full well about the “atrocities” taking place in this region.

According to the researchers, the tooth is an upper canine milk-tooth. It most likely belonged to a child between the age of 11 and 12...
Read more

A consultant urologist at The Princess Grace Hospital, Dr Qazi specialises in diseases of the male anatomy. Here, he speaks exclusively to dailyexpress.co.uk about...
Read more