Music is in her blood 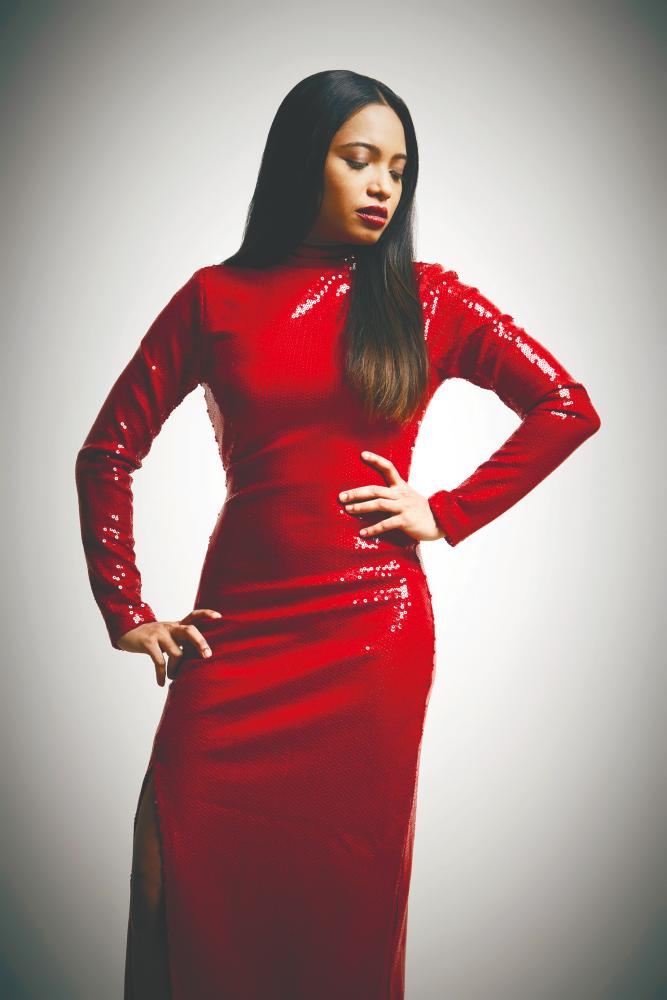 MUSIC has always been a part of Dasha Logan’s life. She started young, and at age 26, her debut single Cleverly rocketed up the UK Soul charts and saw traction on online streaming services. Now 32, she is all set to release her first album. But, the pandemic proved to be an obstacle.

“I am working on an album right now. It has been six years since my first hit single on the UK charts, but the album will be different.

“It’s frustrating to not be in the studio and recording. All that’s left is my vocals and production before we can release by December 2020. But, at least I can start writing for my second album.

“With the movement control order (MCO) in place, I can do something I have never been able to do before, and that is to have a routine. I get to choose what I do with my time! It’s a nice feeling.

“That being said, I can not wait for the chaos that awaits me when this is over, and it is safe to congregate again. It’s going to be as much music-making and performing as possible!” said Dasha.

The music scene will undoubtedly be different once the pandemic is over, without the ability to gather for live performances.

Although there are online performances, it is just not the same.

“I have no idea how the music scene will look like after the MCO, but I am excited to see it. Hopefully, during this time spent at home, more people have been practising and making music.

“In terms of the live music scene, I am craving the touch of music on my skin. I can’t wait. Music is not going anywhere, so even though the music world may take some time to get back to normal, I know we are just waiting to get back into the swing of things,” said Dasha.

During the MCO, Dasha feels blessed that family surrounds her. “My brother helps me keep healthy, and my mother keeps me sane,” she added.

Being the daughter of the legendary Alleycats singer Datuk Loganathan Arumugam, who is known for Malay songs, we had to ask Dasha, what is her preference when it comes to singing.

“I sing and write primarily in English because that was the language I was brought up with. I believe that language can affect a song. Some words are best expressed in one language compared to another.

“I express myself best in English. When I do write a song in Malay, I will get a professional to help me get the words right,” said Dasha.

Recently Dasha was a part of the Together We Can initiative, an online event organised in partnership with theSundaily, The Giving Bank, AFOradio, Cinema Online and Spectrum Outdoor to help raise funds for essential items such as groceries and masks to be delivered to communities hit hard by the MCO.

As a digital native and someone who consumes music primarily online, Dasha sees that the local music scene has become more accessible since she started.

“Also, with all the online platforms that allow people to put music up for everyone to hear, it’s easier to catch up on local talent,” she added.

“I discover music based on recommendations mostly, and now music is online and so accessible, I get to listen to everything. But my taste in music changes from day to day.

Although her upcoming album will contain all original songs, Dasha is also a fan of covers. And of course, she has thought about covering songs from the Alleycats.

“I love covers. I get to express a song my way. To one person, the song could be about one thing, and to another, it could mean something else. I like singing my originals, but they’re influenced by covers as well,” said Dasha.