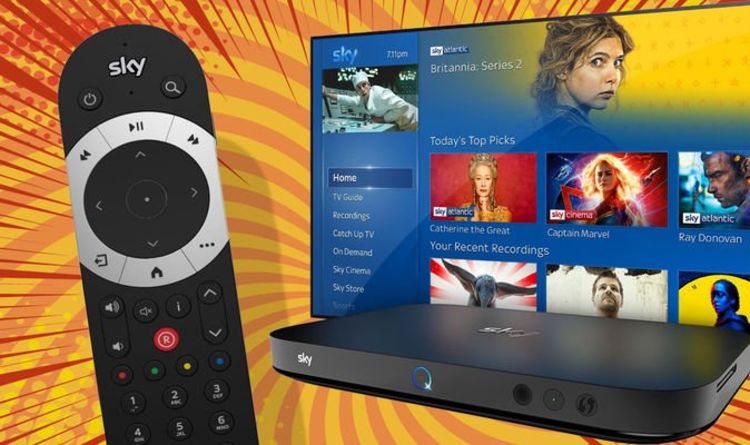 Sky TV viewers should be in for a real treat in the coming days. The satellite company is scheduled to launch a completely redesigned before the start of 2020 next week. The new remote is designed to make voice control more accessible compared to previous efforts from the company. Unfortunately, it still isn’t available to buy for either new or existing customers just yet – despite being plastered all over the website for months.

When Sky Q launched, it didn’t support voice control. The feature, which wasn’t finished in time to launch with the new satellite system, ended-up shipping a full year after Sky Q launched in the UK. Since then, Sky has slowly added a number of increasingly advanced voice control features to its Sky Q system. As it stands, Sky Q viewers can search the set-top box for movies or TV shows based on the director, actor, release date – or even based on famous quotes likes “show me the money!”.

The original Sky Q remote had the voice search button along the top right hand-side of the control. Since it had to be held in to trigger the feature, this placement wasn’t ideal.

As for the remote that shipped with the Sky Q Mini box… well, that’s difficult to judge as it didn’t even ship with a voice control button. If you wanted the convenience of shouting out your favourite movie quote or wanted to avoid typing out “Schwarzenegger” with the small keypad to search for a movie… you had to buy another remote from the Sky Q accessories store for £24.99.

Thankfully, that could all be about to change. On the new remote, the voice control button is located just above the Record button, presumably leaving the right hand-side of the remote button-less.

Unfortunately, there’s still no sign on this all-new look remote in the Sky Store. However, there’s a new Sky Q Mini remote complete with a voice control button (albeit on the side) that you can buy to kit-out your Sky Q set-up. In the small print of the print adverts which show the new remote, Sky reveals customers will be able to get their hands on the new voice control remote later this year.

Provided Sky follows the same pattern established with previous launches, the new TV remote will likely become available to new customers who sign-up to the service, with existing customers able to buy the accessory separately from the Sky Store at a later date.

However, with only a handful of days to go before 2020 kicks-in, it seems strange that Sky hasn’t already launched its voice remote. And if nothing appears on the Sky Store, it’s possible the satellite firm could miss its own deadline.

Voice Search is already hugely-impressive on Sky Q, hopefully, this new remote means the broadcaster is only doubling-down on the functionality in the future.