My Chemical Romance for Glastonbury 2020? All the signs MCR WILL play festival this year 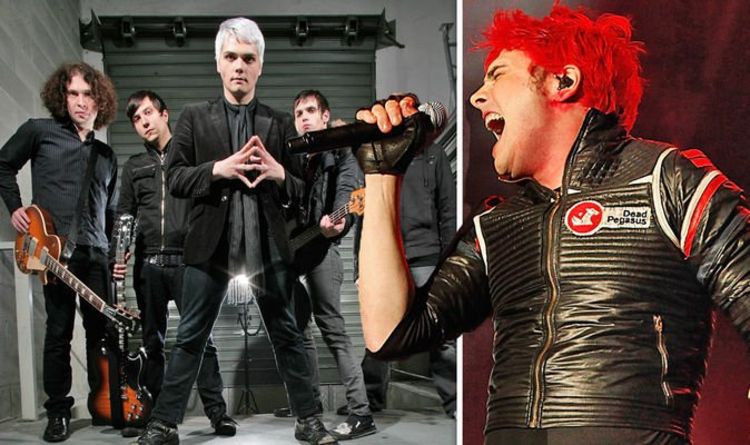 My Chemical Romance sparked an instant meltdown among fans when they confirmed their reunion in October. Having played a single live show in the US at the end of last year, it seemed only a matter of time before they gave UK followers what they so wanted and announced a date this side of the pond. Yesterday, that moment finally arrived.

The emo rockers shared a cryptic and characteristically dark video teaser with their 1.4 million Twitter followers which culminated in the unveiling of their first UK concert since 2011.

MCR will be making their grand return to the UK later in 2020, playing the Stadium MK in Milton Keynes on June 20.

But fans are certain there’s more to come and have latched on to just how close the Milton Keynes show to Glastonbury weekend.

The band are confirmed to be in the UK just four days before the Festival kicks off.

Since the announcement of the UK show, bookies have slashed odds on MCR making an appearance at Glastonbury 2020.

“When the news broke that My Chemical Romance are returning to UK soil for the first time in years, it’s sake to say that fans were Not Okay,” a spokesperson from Paddy Power said.

“But we think the timing is too coincidental, and that an announcement is surely on the way that the emo band will also feature are this year’s Glastonbury Festival.”

The bookies have cut odds on Gerard Way’s group playing the Festival from 10-1 to just 2-1 in the wake of the news.

There is a chance that final spot could be filled by MCR after Glastonbury boss Emily Eavis dropped a hints about the identity of the final headliner, with the boookies pricing them at 16-1.

During an interview with BBC Radio 2, she said the remaining headliner was “male”, which, although seemingly singular, could refer to Way, Ray Toro, Frank Iero and Mikey Way.

Eavis also said whoever has yet to be announced had never played Glastonbury before, which also applies to MCR.

Fans have also spotted more indications the band could be playing the festival, having scoured a social media teaser video released by the band for clues.