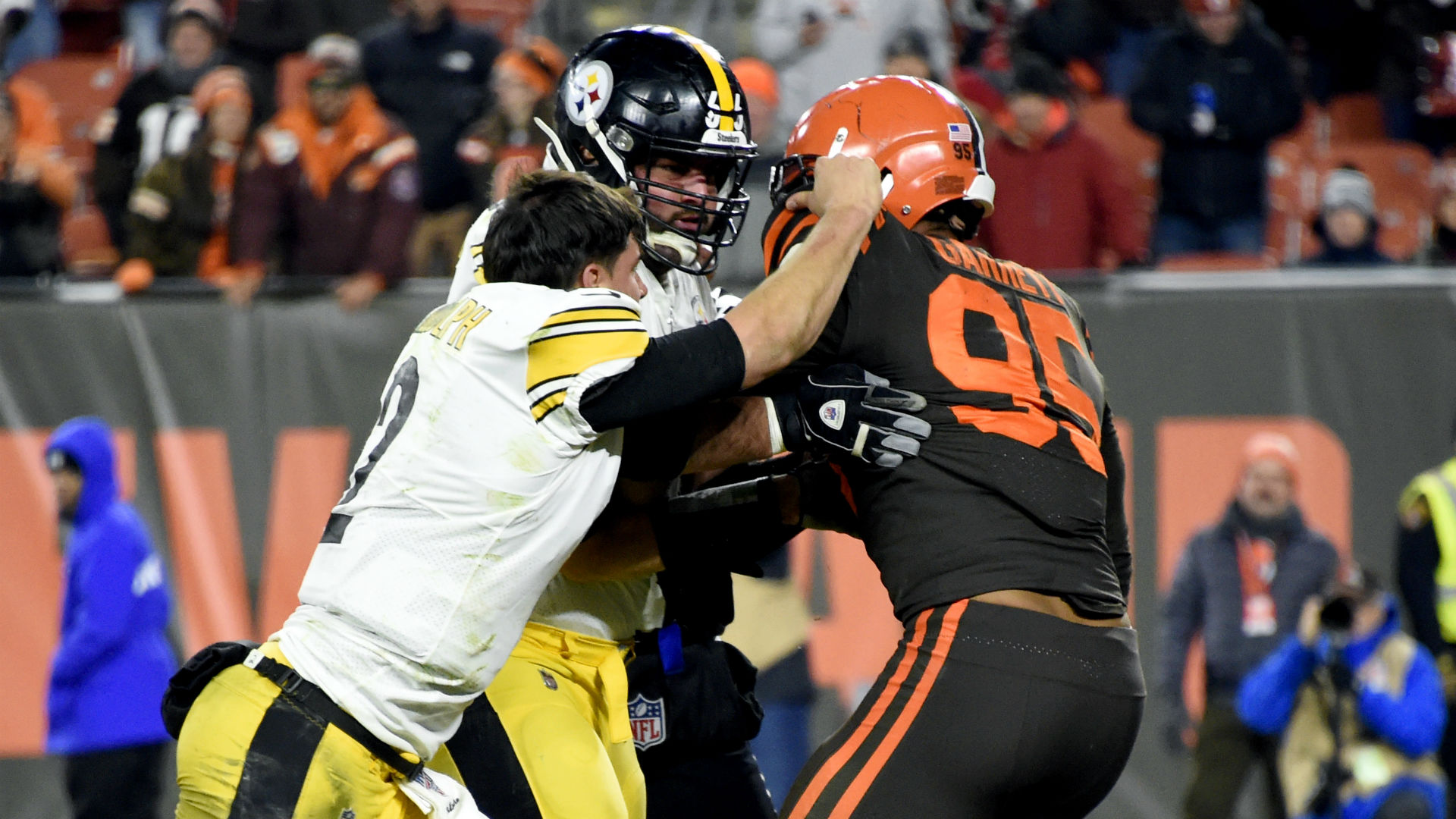 Myles Garrett expects his shocking on-field clash with Mason Rudolph to “just be a small bump in the road” as he looks to play up to his reported $ 125 million contract extension.

Garrett, the first overall pick in the 2017 NFL Draft, was handed a new five-year deal by the Cleveland Browns on Wednesday that is believed to include $ 100 million in guarantees — the most ever for a defensive player.

Although the pass rusher has been productive in Cleveland, recording 30.5 sacks across his three seasons, his most notable act on an NFL field so far came last November in an ill-tempered rivalry game against the Pittsburgh Steelers.

Garrett clashed with Rudolph, ripping the Steelers quarterback’s helmet off and swinging it at his exposed head, an act that resulted in him being suspended indefinitely, with the NFL eventually lifting his ban after the 2019 season ended.

The bad blood between the two continued to linger, with Garrett claiming he reacted to Rudolph using a racial slur — something the Steelers QB denied and an NFL investigation failed to corroborate, but the Browns defensive end does not believe the moment will define his career.

“My life’s much bigger than one moment,” he told reporters on a Zoom call.

“Me, the Browns and my teammates are going to look past that and go on to greater success and that will just be a small bump in the road. It was a reaction to a situation. It won’t happen again. Now I’m prepared.”

Garrett added he had not spoken to Rudolph or Pittsburgh’s head coach Mike Tomlin, who staunchly defended his player in the wake of the Browns pass rusher’s accusation of racism.

“I don’t have any ill intent towards either of them,” Garrett stressed. “I hope Mason Rudolph goes on to have success. I would talk to them. I’m going to keep my eyes moving forward.”

The 2020 NFL regular season will begin in September and there will once again be high hopes for a Browns team that has talent on both sides of the ball but has yet to deliver on the field.

For Garrett’s part, he wants to live up to the megadeal he has just penned.

“Now I have to assert myself as top dog,” he said. “I feel like I’m confident and ready to do that.