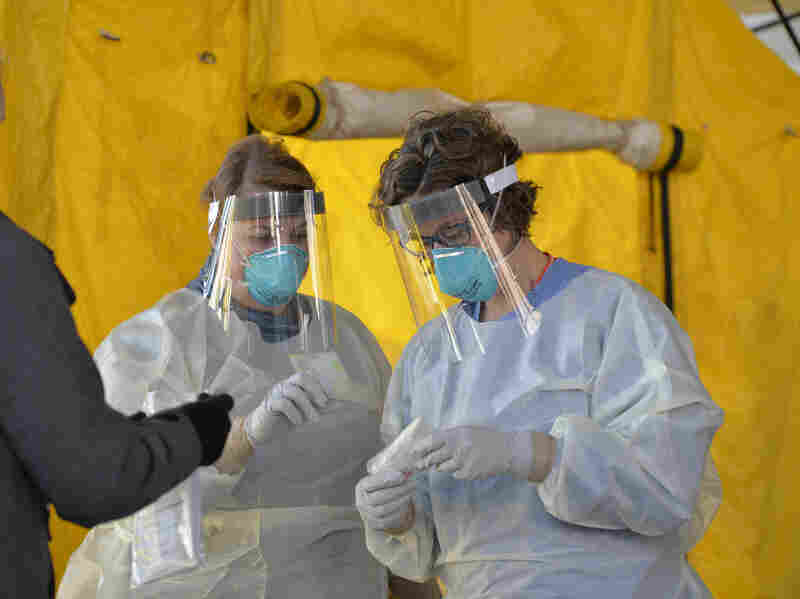 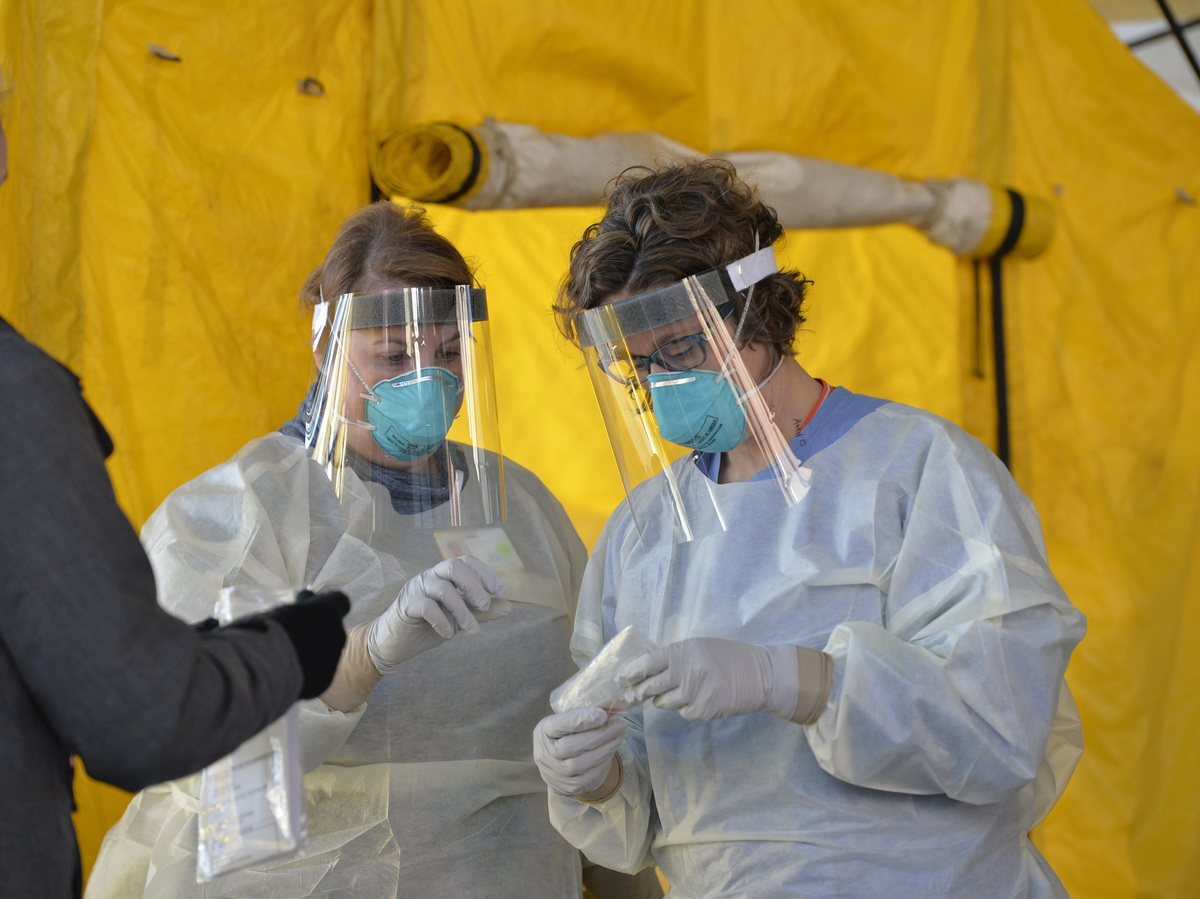 Hospital clinicians in Newton, Mass., work with test kits to determine if patients have the coronavirus. New York Gov. Andrew Cuomo says President Trump agreed Tuesday to help his state get more of the supplies needed to expand testing.

New York Gov. Andrew Cuomo said late Tuesday he had a “productive” meeting with President Trump and his team at the White House. During an evening press conference in Albany, Cuomo said Trump committed to procure more coronavirus testing supplies from China and other overseas manufacturers.

“The federal government will work on the supply of tests and reagents from the national manufacturers,” Cuomo said. State officials will work at the same time to expand field testing stations and lab capacity.

Cuomo says New York will focus mostly on diagnostic tests to identify people contagious with the coronavirus, but will also conduct antibody tests to find those who have recovered from COVID-19.

County health departments across New York have worked in recent weeks to track and contain the spread of the coronavirus.

Cuomo said the state will now work to deploy far more workers to quarantine those who test positive and trace their contacts with other people who may have been infected. “That operation is going to be enormous,” he added.

The scarcity of testing kits, chemicals and other supplies has been a major flash point between Trump and some governors since the pandemic reached the U.S. Cuomo has often criticized the White House for not doing more to help. He predicted Tuesday’s agreement would end “the whole back-and-forth and the finger pointing.”

Cuomo was asked whether Trump plans to use the Defense Production Act to force some U.S. companies to help produce more testing components. “We did not talk through how he’s going to do his end of the operation,” he replied.

During the White House meeting, Trump and Cuomo also agreed the Navy ship Comfort will leave New York City as the rate of spread of COVID-19 there continues to decline.

State officials in New York say they’re confident the worst of the pandemic has passed, but speaking earlier Tuesday Cuomo said another 481 New Yorkers had died in the previous 24 hours. That represents a slight increase from the day before. So far, COVID-19 has claimed the lives of 14,828 New Yorkers.