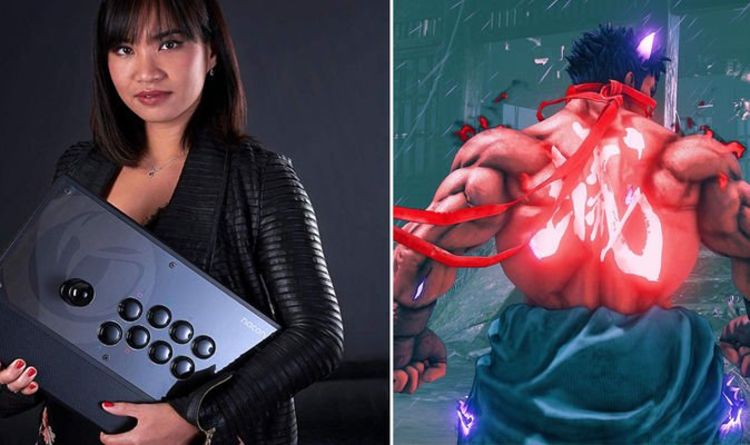 If you want to truly master the likes of Mortal Kombat, Street Fighter and Tekken, then you might want to invest in a decent arcade fight stick.

The fighting game genre has its roots in the arcades of old, which is why even to this day, many a brawler fan favours a fight stick.

The most obvious advantage is the layout of a fight stick compared to a controller. Fight sticks cram all of the buttons together, so no more awkward trigger presses.

The joystick itself is also preferable for directional inputs, especially for pulling off those awkward 360 degree slams when playing as Zangief and the likes.

Arcade sticks also tend to be fully customisable, ensuring they look and play exactly how you like.

With lots of great fighting games launching in 2019 – Mortal Kombat 11, Samurai Showdown, plus all those new Street Fighter 5 characters – now seems like as good a time as any to check out the Nacon Daija Arcade Fight Stick for PS4, PS3 and PC.

Can the Nacon Daija Arcade Fight Stick make you a Street Fighter pro? Read on to find out more.

The first thing you’ll notice about the Nacon Daija Arcade Fight Stick is how good it looks and feels.

A solid piece of kit that packs quite the heft, the Nacon Daija feels like it could withstand a Dragon Uppercut, Hundred Hand Slap and Spinning Hurricane Kick without missing a beat.

It’s big and heavy enough that you could mistake it for an actual games console, although I didn’t find it at all uncomfortable rested on my lap.

If you would rather play on a flat surface, the rubberised bottom ensures it won’t slip around during a particularly fierce clash, while the the textured wrist rest provides added comfort for longer gaming sessions.

The actual face of the device is clean and clear, featuring nothing more than eight buttons and a stick. While not all fighting games use all eight buttons, the ability to custom map a couple of inputs can certainly give players an edge in battle.

Better yet, the components are all made by SANWA, so you know they’re going to be reliable and responsive.

My only complaint about the layout is that lesser used buttons – like R3, L3, Options, Share and the Home button – are all on the side of the device alongside the touch bar.

It’s not ideal when you need to quickly pause a game or enter menus, because more often than not you’ll need to stop and look at what you’re pressing.

Perhaps my favourite thing about the Nacon Daija is how easy it is to customise.

Pressing buttons on either side of the device will open it up and allow you to tinker with the insides.

There’s a handy colour-coded system of wires for when you want to change the button layout, plus a screwdriver and alternative stick head for changing the faceplate and joystick.

As somebody who prefers the bat top style of arcade stick, I was particularly impressed that the Nacon Daija comes with this option out of the box.

With a headphone jack at the front of the device and a storage compartment for the USB wire at the back, the thoughtfully designed Nacon Daija is an impressive device that covers all bases.

It won’t magically make you a better Street Fighter player, but it does give you the tools you need to climb the ranks, so long as you’re prepared to put in the practice.