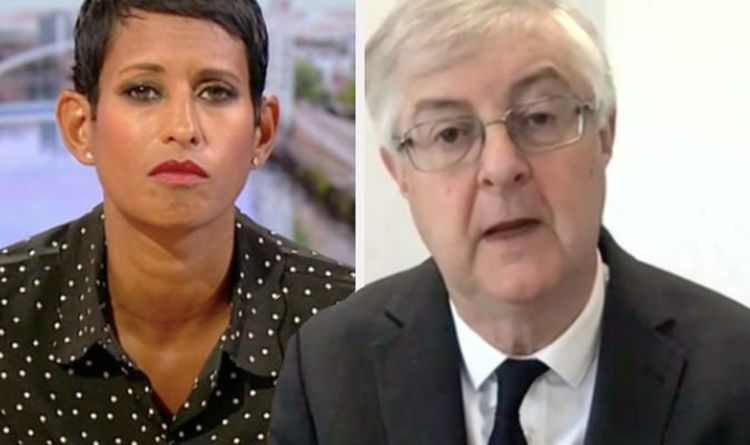 Taking to Twitter to hit out at Munchetty for interrupting Mr Drakeford, one viewer tweeted: “If you want full answers from @fmwales Mark Drakeford for Wales, don’t constantly interrupt him @BBCBreakfast.

“If you haven’t got enough time, get him on for longer!! @WelshGovernment @wrexham #BBCBreakfast #COVID19.”

“England is not a template for the rest of the UK to follow,” quoted a third. “Mark Drakeford on BBCBreakfast this morning, on being asked why Wales isn’t doing the same as England.”

However there were plenty of viewers who believed Munchetty was right to interrupt Mr Drakeford and thought she’d handled the interview well.

One viewer tweeted: “Little bit of bitterness showing through from the Welsh 1st minister there. Fab question Naga. @BBCBreakfast.”