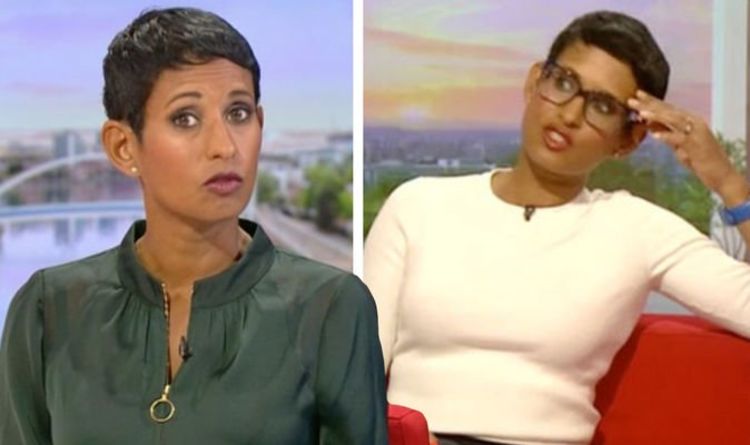 One person snapped: “Naga’s specs are doing my head in this morning. #BBCBreakfast.”

“I knew I’d seen Naga’s glasses before. Turns out it was on John Mahoney in Frasier. #bbcbreakfast @BBCBreakfast,” another compared.

Not to worry, the BBC host’s style has been something of a talking point online for a long while, as eager fans try to track down her unique outfits to get their hands on her signature style.

bshilliday ‘Cake Boss’ star Buddy Valastro won’t be decorating any of his delicious confections any time soon. He badly injured his right hand in a...
Read more
Celebrity

Emily Selleck Power couple Justin Bieber and Hailey Baldwin looked so loved-up when they stepped out for a casual breakfast date, just days after their...
Read more
Celebrity

bshilliday Pregnant Lala Kent thinks pals Megan Fox and Machine Gun Kelly will be the next celeb couple to be welcoming a child. The actress...
Read more
Celebrity