Nani provides superstar touch to kick-start MLS is Back tournament 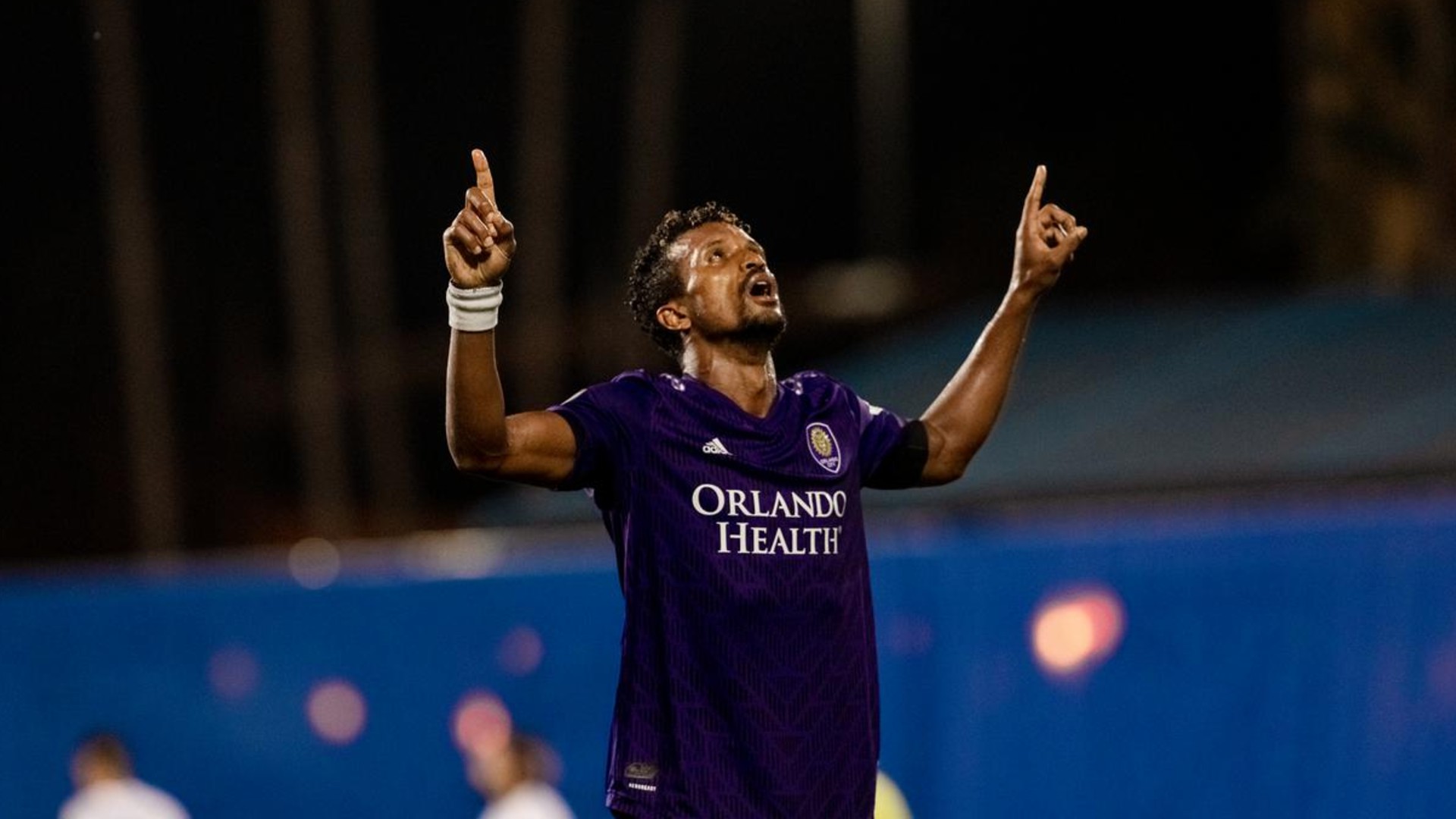 The age-old belief is that the biggest stars step up in tournament play. The MLS is Back tournament is seemingly exempt from any form of age-old belief, given the act that it is a hastily invented tournament made in reaction to a worldwide pandemic. There are few, if any, longstanding beliefs that will apply to whatever mayhem will occur on the field in Orlando over the next month.

Still, it was somewhat fitting that a player who might just be the biggest name playing in MLS today kick-started that tournament and, ultimately provided a memorable moment to give this competition life.

Wednesday night’s tournament-opening clash between Orlando City and Inter Miami, a match that was overshadowed by everything that was going on off the field, was won by a late winner from Nani, who fired home in the seventh minute of stoppage time for the hosts.

It wasn’t the most awe-inspiring match nor the most watchable, but thanks to Nani’s magic, it was one that saw Orlando strike the first blow against its newfound rival.

Wednesday’s contest, in many ways, faded to the background because of everything that  existed outside it.

The people inside the MLS bubble at Walt Disney World are still figuring out how to deal with the coronavirus pandemic, with FC Dallas already removed from the competition and Nashville SC perhaps soon to follow because of multiple cases. Then there was the prematch focus on the Black Lives Matter movement as players representing every MLS club gathered for an emotional display.

Eventually, though, soccer was played and there was some form of normalcy for a few minutes. It was hard to know what to expect but, by and large, the teams provided a scrappy, back-and-forth match. There were moments where it looked as if the teams hadn’t played in four months, but there were also moments where this felt like a game.

After a fairly quiet first half, the first of those moments came from Inter Miami, which opened the second half with a perfectly worked team goal. It was the second goal in the team’s short history, with Juan Agudelo stabbing home a cross from Victor Ulloa to give Miami the lead.

Shortly after, though, the life was sucked out of the already crowd-less stadium. Inter Miami defender Andres Reyes went down to the ground, visibly struggling to breathe, after taking an elbow from Orlando City forward Dom Dwyer. Reyes was in obvious discomfort for several minutes, and a delayed medical response created a scary situation. By the time Reyes was carted off the field, the excitement from Agudelo’s goal was gone and an already emotional night reached a new level.

To that point, Nani had been held relatively quiet. Orlando had fared well, maintaining a bulk of the ball, but had done little with it. That remained the case until the 70th minute when the former Manchester United star provided his first moment of magic.

After beating his man down the left side, Nani drove toward the goal line and whipped in a cross. That cross weaved its way through the box and toward a sliding Chris Muller, who tapped home the equalizer.

That turned out to be a mere warmup for the Portuguese star, who then scored the game-winner deep into the stoppage time caused by Reyes’ injury. It wasn’t a vintage Nani goal or some otherworldly display. Rather, it was a case of right place, right time as he pounced on a loose ball in the box and rifled a shot past Luis Robles to seal Orlando’s victory.

It was exactly the result that MLS would have wanted, even if some of the steps toward getting there weren’t ideal. MLS is the first men’s league back in action in the U.S., giving the league a spotlight that doesn’t often exist. While the pregame solidarity will likely be the overarching talking point, Nani scoring a stoppage-time winner is surely a fitting start to a tournament that promises to provide the unexpected.

This match was the start of a tournament and rivalry that MLS hopes will get better as it goes along. At some point, these two teams will meet in a venue and scenario worthy of the occasion.

Wednesday’s clash was a unique, unforeseen beginning, one in which a global star celebrated victory in a lifeless stadium.

Nani and Orlando came out on top on this warm night at Disney, even if no one was there to see it.