Narcos Mexico cast: Who is Enedina Arellano Felix? What happened to her? Narcos: Mexico tells the story of the birth of the Mexican drug cartels in the 1980s, focusing in particular on Felix Gallardo (played by Diego Luna). The second season also followed the growing cartels around him, including the one run by Enedina Arellano Felix (Mayra Hermosillo) and her brothers – here’s what you need to know about her.

Who is Enedina Arellano Felix in Narcos: Mexico?

Season two of Narcos: Mexico was set in the latter half of the 1980s as drug lord Gallardo began to lose the grip on his drug empire.

As the series progresses, the DEA closes in on him before he is finally arrested in 1989.

While his downfall is ongoing, there are other drug cartels which begin to rise up in his place.

Among these is the Tijuana Cartel, which is led by Arellano Felix and her six brothers. 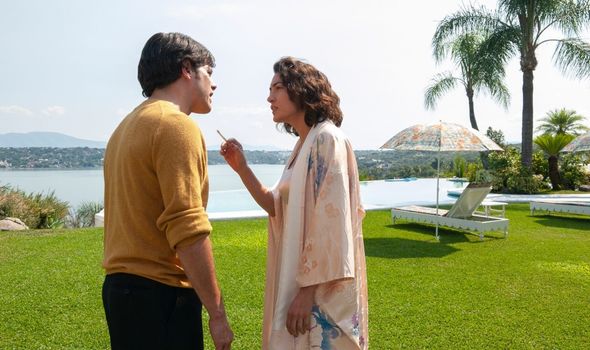 Viewers will remember how the group began expanding outside of Gallardo’s remit through allegiances with a California-based supplier.

As well as this, Arellano Felix and Isabella Bautista (Teresa Ruiz) form a collaboration of their own.

However, by the end of the season, she and her brothers decide to stand separate among a new federation of cartels.

Like many of the characters in Narcos: Mexico, Arellano Felix is also based on a real person. 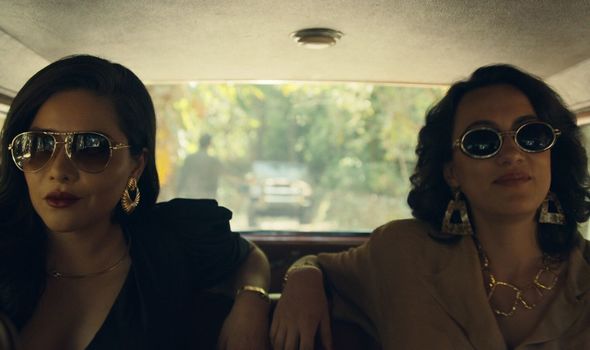 In the series she makes a deal with Isabella (Image: NETFLIX) 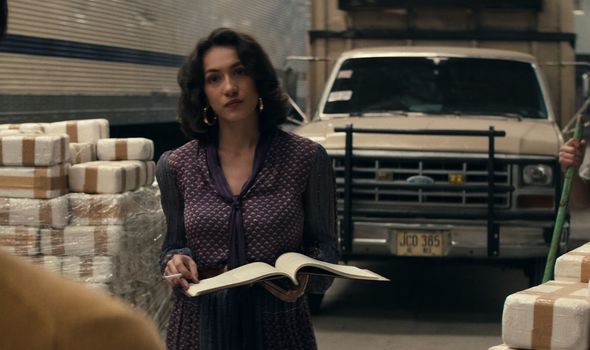 She is played by Mayra Hermosillo (Image: NETFLIX)

Born in 1961, the real woman worked with her brothers throughout the 1990s to build up the Tijuana Cartel.

According to LA Weekly, she first collaborated with her brothers by advising and helping them in money laundering.

Then in 2008, following the arrest of her brother, she ended up leading the cartel.

Time magazine reported how this made her the first woman to lead a Mexican drugs cartel.

Speaking to the publication, the former head of international operations for the Drug Enforcement Administration Mike Vigil gave some insight into her influence.

He explained: “She is not into the wars of her brothers. She is into making alliances and making money.

“Her beauty may also have helped her make alliances with powerful traffickers such as Chapo Guzman.”

She is played by Mayra Hermosillo in the second season of Narcos: Mexico.

Speaking about her role to La Razon, she revealed how not many people know about the real woman who inspired the character.

She said: “She is not a ‘celebrity’ like many of the characters dedicated to organized crime.”

Hermosillo added: “What I discovered was that [Enedina] is a serious woman, who does not say bad words, is religious and does not like to solve problems with blood.”

The Mexican actor has starred in a number of Spanish-language dramas alongside Narcos.

This includes Falco, El Secreto de Selena and Ultimo 5, as well as films like Walking Distance and The Romantic Barber.

Next viewers will be able to see her in a film called Until the End where she plays Kelly.

Narcos: Mexico is available to stream on Netflix now.

Chicago Med Suspends Production On Season 6, So What About Fire And P.D.?

This was reportedly the second positive test from this particular Chicago Med department, with the first coming on September 24. Production on Med Season...
Read more
Tv & Radio

The Walking Dead: World Beyond is a new spin-off series which forms part of The Walking Dead franchise. The series is set 10 years...
Read more
Tv & Radio

Fans know and love Sam Heughan for his role as highlander Jamie Fraser but at first, author Diana Gabaldon wasn’t too sure he would...
Read more
Tv & Radio

staronline@reachplc.com (Isobel Hine) The Chase viewers were aghast as a player made a blunder while answering a question about Britain's Got Talent stars Ant McPartlin...
Read more
Tv & Radio