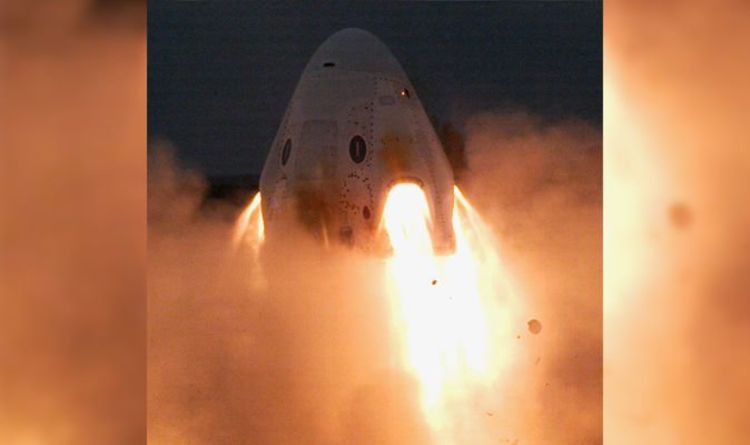 The engines will allow the Dragon to freely manoeuvre in space.

However, in the event of a launchpad failure, the engines can be fired to carry the capsule and its crew to safety.

“The SuperDraco engines are designed to accelerate Dragon away from the F9 launch vehicle in the event of an emergency after liftoff.”

Once NASA certifies the Dragon safe for manned spaceflight, the capsule will blast off into orbit onboard SpaceX’s signature Falcon 9 rocket.