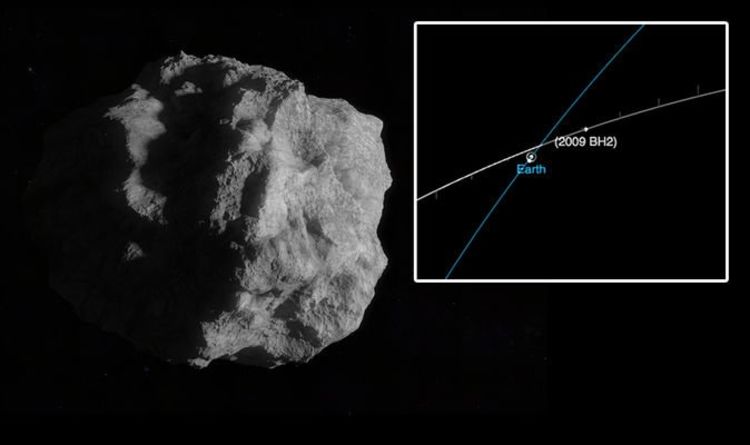 NASA has warned these space rocks occasionally cross paths with Earth – sometimes to a devastating effect.

Asteroid BH2 is flying towards our planet tomorrow at speeds of about 17.94km per second.

In other words, NASA estimates the rock is flying through space at breakneck speeds of about 40,130mph (65,583km/h).

Based on NASA’s observations, the rock is also estimated to measures somewhere in the range of 288ft to 656ft (88m to 200m) across.

At the upper end of NASA’s scale, the asteroid is more than twice as tall as the Statue of Liberty in New York City, US.