NASA astronaut reveals shock at close encounter in Apollo mission – ‘There was a flash!’ 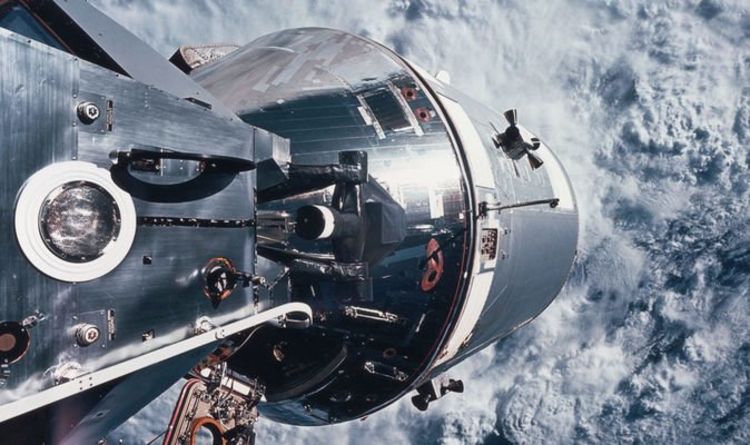 On March 9 1969, the Apollo 9 mission was launched from the Kennedy Space Center in Florida, and was destined to spend four days in low-Earth orbit – similar to where the International Space Station (ISS) sits now. The NASA mission was a precursor to the Apollo 11 mission, which saw the first men walk on the moon later that year, but was integral to the historic mission. The Apollo 9 mission consisted of Commander James McDivitt, Command Module Pilot David Scott, and Lunar Module Pilot Rusty Schweickart.

While they were placed in orbit, the trio were looking down at Earth and were shocked by a bright flash beneath them.

The lighting of the skies was caused by a meteor, and the astronauts were left terrified by the close encounter.

He said: “During the Apollo 9 mission we were dark-adapted for an experiment, looking at the spectacular night-time Earth, watching weather fronts, thunder storms and lightning, a really great sight out of the window.

“Then, who knows who said it first, but one of us said they saw a little flash down there and someone else says ‘yeah, I saw it too,’ but you wouldn’t have mentioned it if the first person hadn’t said it.

“And then we realised: that was a meteor, burning up below us. Wow, below us – which meant it came down through our altitude!”

Astronauts not only face the threat of asteroids and meteors, but also space junk.

There is now believed to be an astonishing 170 million pieces of junk floating in Earth’s upper atmosphere, but only 22,000 are being tracked.

There are companies which are working on clearing space junk.

The UK Space Agency’s RemoveDEBRIS mission is one of the world’s first attempts to address the build-up of dangerous space junk.

The prototype, which will lead to a full design in the near future, was released from the International Space Station (ISS) in late June and captured the first bit of space debris in its net in September.

BySamantha Wilson Rudy Giuliani was caught in a compromising position during a wild prank played by Sacha Baron Cohen during the upcoming ‘Borat’ sequel.UPDATE, 10/21/20,...
Read more