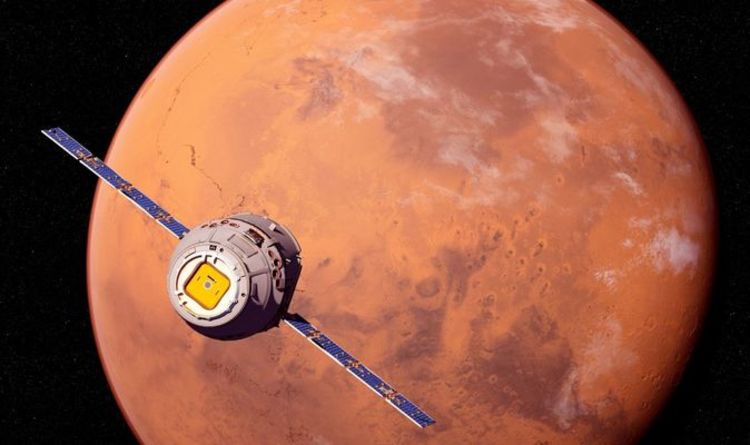 In a series of meetings, NASA officials laid out budget plans for 2021 that could end the Odyssey orbiter mission and limit plans for the Curiosity rover. The Perseverance rover is set to launch on July 17 and collect samples for return to Earth. According to Space News, Dr Lori Glaze, director of NASA’s planetary science division, said just a few missions would be given “very highest priority”.

On Perseverance, the NASA website says: “The Perseverance rover will seek signs of ancient life and collect rock and soil samples for possible return to Earth.”

Dr Glaze explained: “We’re going to ensure that we meet that launch window in July.

“As of right now, and even if we go to a next stage of alert, Mars 2020 is moving forward on schedule and everything is, so far, very well on track.”

The 2021 budget proposal puts the cost at 21.4 percent higher than the original prediction made in 2017.

Jim Watzin, director of Mars exploration, explained: “The FY20 budget appropriation, though very favourable for us, was significantly overstressed supporting some problem resolution that we had in multiple areas on the 2020 mission.”

This resulted in “austerity across the portfolio”.

Mr Watzin said: “Every other element of the program was tapped to support the problem resolution”.

He confirmed NASA had taken the decision to wind down support for the European Space Agency’s Mars Express orbiter mission.

Dr Glaze gave some hope that Odyssey and Curiosity could be saved stating: “Please keep in mind those are proposed budgets.

“They’ve done very well, and certainly we have the desire to keep them going as long as possible.”

President Donald Trump once made headlines after he said NASA should not seek further exploration of the Moon.

Trump tweeted: “For all of the money we are spending, NASA should NOT be talking about going to the Moon – We did that 50 years ago.

“They should be focused on the much bigger things we are doing, including Mars (of which the Moon is a part), Defense and Science!”

This news comes after NASA and SpaceX announced the timeframe of the first manned Crew Dragon flight to the International Space Station (ISS).