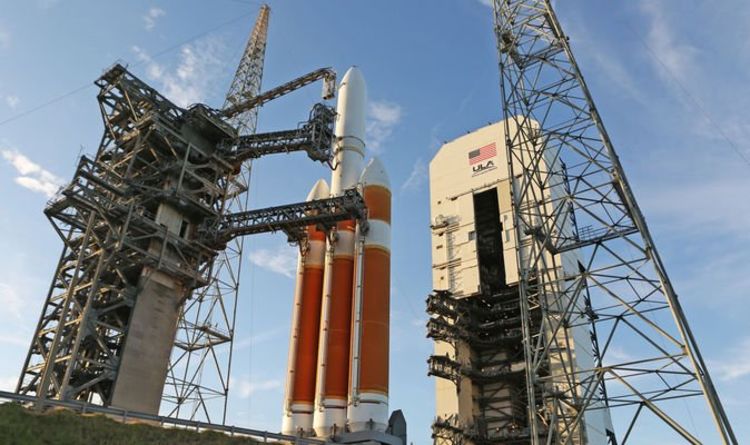 These mass ejections fling what’s been described as huge amounts of “charged particles called plasma off the sun and into the solar system,” according to Space.com. leaveIndeed, NASA’s Parker Solar Probe was just finishing its close pass behind the sun on November 11 and November 12 when the sun was undergoing the ejection.

Kelly Korreck, a solar physicist at the Smithsonian Astrophysical Observatory, said during a presentation at the 235th meeting of the American Astronomical Society in Honolulu:

“If you’ve ever seen a coronal mass ejection image, you normally see a lot of activity in these images.”

“You would see a large blowout, you would probably see one of these exploding.

“But as you saw in this video, there wasn’t much there.

“When we looked at this initially, just the thermal data, we didn’t necessarily think that there was a coronal mass ejection there.”

However in some different observations which focused more on the energetic particles, they included a fingerprint of a shock.

This is something which occurs with a coronal mass ejection.

Scientists were able to determine that the probe was flying through a coronal mass ejection from the data their instruments were gathering about the magnetic field.

She said:”They’re something that we’re not traditionally able to see in the ways that we’ve previously detected coronal mass ejections,”

“We’re starting to see hints of them with better and better telescope resolution.

“However, at the same time, we’ve kind of reached the end where we actually have to go in situ to do a better measurement.”

It comes as NASA believe they have found an asteroid large enough to wipe out an entire continent next week.

The space agency say the potentially cataclysmic rock – which has been named Asteriod 2002 PZ39 – measures nearly a whopping 3,280ft (one kilometre) across.

If it continues, the asteroid will make what’s been described as a “close approach” to Earth, on February 15.