NASA image of the Universe shows just how small we... 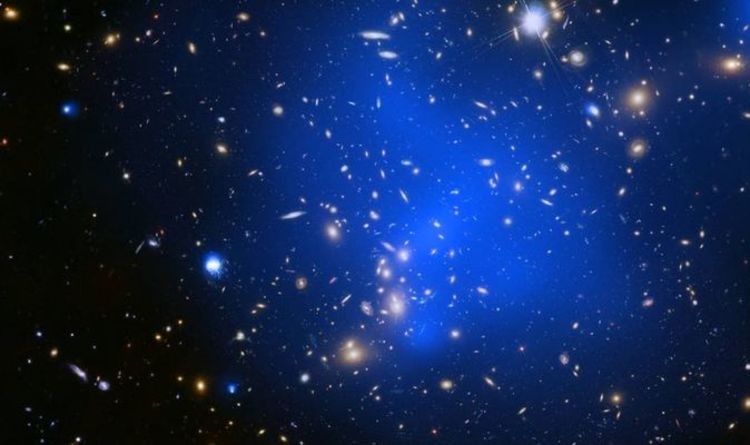 An image from NASA has shown just how small we really are and how gigantic the Universe is. The image from NASA’s Hubble Telescope shows the galaxy cluster Abell 2744, which is millions of light years from Earth. Hundreds of pockets of stars can be seen against a blue and black background of the cosmos.

While the galaxies may appear as if they are close together, they are in fact separated by millions of light years of empty space, showing the true size of the Universe.

For reference, one light year is about 6 trillion miles (9 trillion kilometres).

Not only can NASA show us how big the Universe is, but the space agency can use the image to study the history of the cosmos.

NASA said: “Humanity has ‘eyes’ that can detect all different types of light through telescopes around the globe and a fleet of observatories in space.

“From radio waves to gamma rays, this ‘multiwavelength’ approach to astronomy is crucial to getting a complete understanding of objects in space.

“This image is of galaxy cluster Abell 2744. Galaxy clusters are the largest objects in the universe held together by gravity.

“They contain enormous amounts of superheated gas, with temperatures of tens of millions of degrees, which glows brightly in X-rays, and can be observed across millions of light years between the galaxies.

After three decades of providing stunning views of the Universe, Hubble will soon be retired by NASA.