NASA launch to Mars: Where is Perseverance now? 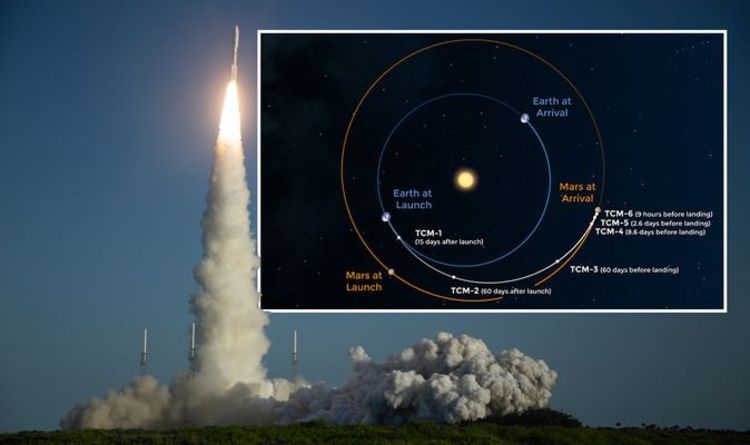 “Now we can look forward to its incredible science and to bringing samples of Mars home even as we advance human missions to the Red Planet.

“As a mission, as an agency, and as a country, we will persevere.”

Less than two minutes into the flight, the Atlas V rocket separated from its four Solid Booster Rockets (SRBs) and continued pushing its payload into space.

About four minutes and 22 seconds into the flight, the Atlas V’s main engines were cut off an seconds later, the second stage separated from the first stage booster.

About four minutes and 38 seconds in, the second stage fired its engine to place Perseverance in orbit.