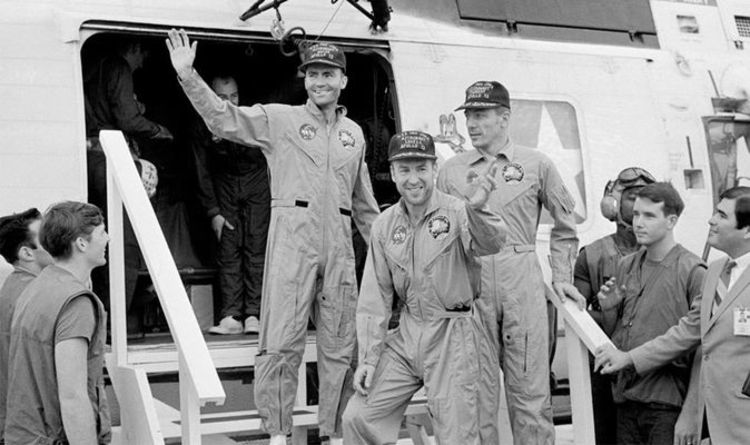 NASA had to figure out how to reroute all available power to keep the Lunar Module operational and keep the astronauts alive.

The Lunar Module, designed to hold two astronauts for a few days, would have served as the vehicle for the now aborted Moon landing.

Commander Lovell recently recalled the terrifying ordeal in an interview with Astronomy magazine.

He said: “Well, when you’re in a situation like this, I could have bounced off the walls for 10 minutes trying to figure out what to do, and then nothing would have changed.

“And remember, the crew was former test pilots. So I had been used to an engine quitting occasionally when testing aeroplanes and things like that.

“So I finally had to decide what to do. We knew quite quickly that we were in a dying vehicle and that we were gonna have to go into the Lunar Module because it was the only thing that still had oxygen tanks.