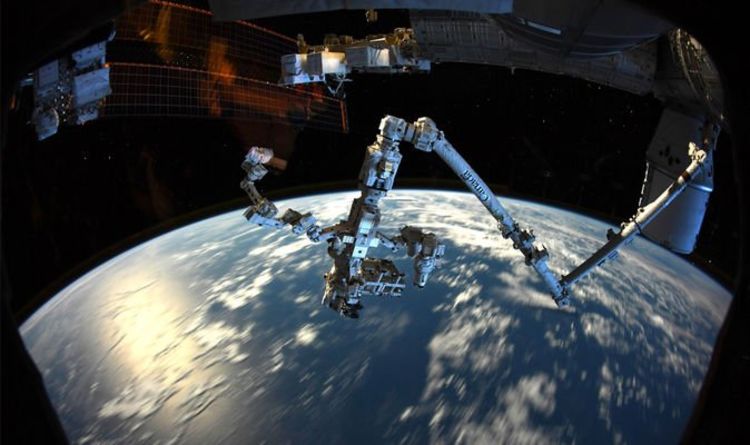 “Just as a human arm lifts heavy objects, the Canadarm2 uses its joints to create a flexible range of motion, rather than merely moving up and down.

“In the ISS crane, there are three joints similar to shoulder joints, one elbow-like joint, and three wrists.

“Depending on the task it is performing, Canadarm2 moves at variable speeds.”

When unloaded, the robotic crane moves at a sluggish pace of just 1.21ft per second.

When the Candarm2 was used during the space stations’ assembly, the arm moved at an even slower pace of just 0.79 inches per second.