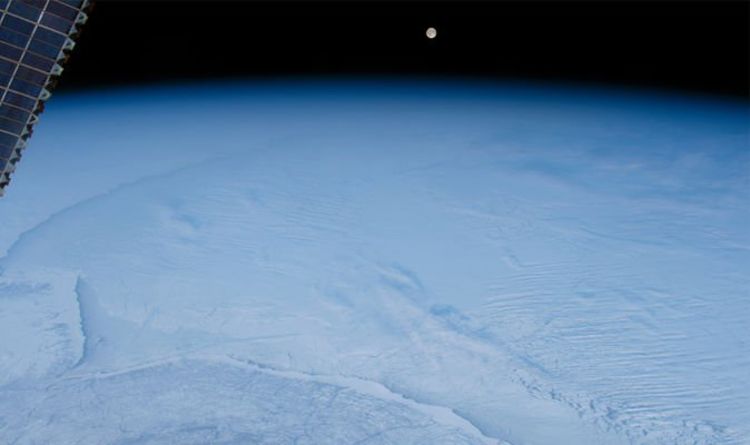 NASA said: “An astronaut took this photograph of a Full Moon rising over a frigid Hudson Bay in northern Canada.

Throughout December, this chilly part of Canada only receives between six and seven hours of sunlight.

Even further up north towards the province of Nunavut and the Arctic circle, residents are shrouded in permanent darkness until January.