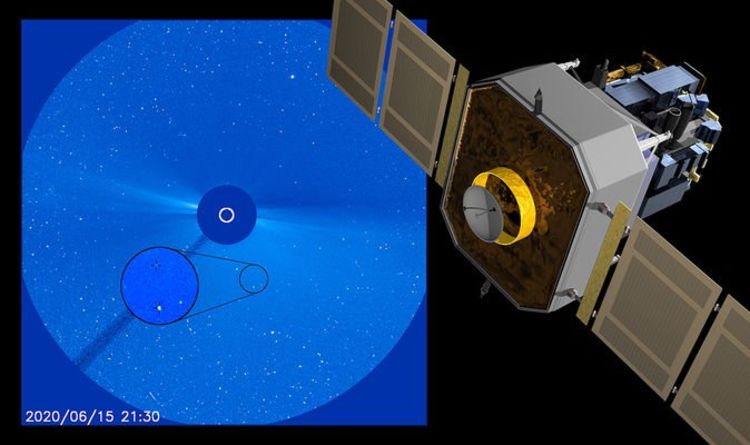 The vast majority of comets found in SOHO’s data are from its coronagraph instrument, called Large Angle and Spectrometric Coronagraph (LASCO).

Like other coronagraphs, LASCO uses a solid object — in this case, a metal disk — to block out the Sun’s bright face, allowing its cameras to focus on the relatively-faint corona.

This outer atmosphere is critical to understanding how the Sun’s changes propagate out into the solar system, making LASCO a crucial part of the US-based space agency quest to understand the Sun and its influence.