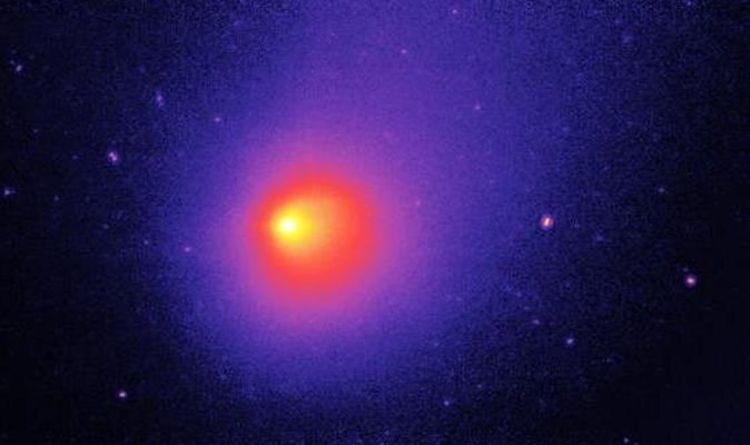 When comets arrive from the Solar System’s outer edges their icy extremities begin discarding gas and dust as they approach the Sun. These outbursts can result in spectacular shooting stars that illuminate the night skies on Earth. But comets are not born like this, and their cosmic journey from their origin has been long debated until now.

Comets are of significant interest to astronomers because they contain material perfectly preserved from the Solar System’s birth.

University of Arizona Lunar and Planetary Laboratory researchers have now reported the discovery of an orbital region beyond gas giant Jupiter acting as a “comet gateway.” This gateway funnels icy bodies called centaurs from the Solar System’s larger planets, also including Saturn, Uranus and Neptune, into the Solar System’s core. From here these comets can become trapped into Earth’s neighbourhood.

Dr Kathryn Volk, of the University of Arizona, said: “The chaotic nature of their orbits obscures the exact pathways these centaurs follow on their way to becoming JFCs.

“This makes it difficult to figure out where exactly they came from and where they might go in the future.”

Professor Walter Harris, a co-author of the report, added how centaurs do not remain in the neighbourhood for long.

He said: “They rattle around for a few million years, perhaps a few tens of millions of years, but none of them were there even close to the time when the solar system formed.

“We know of 300 centaurs that we can see through telescopes, but that’s only the tip of an iceberg of an estimated 10 million such objects.”

Volk added: “Most centaurs we know of weren’t discovered until centaurs became available, plus you need the help of a computer to search for these objects.

“But there is a large bias in observations because the small objects simply aren’t bright enough to be detected.”

Each flyby past the scorching Sun takes its toll on a comet until it eventually breaks apart or has a close encounter with a planet that ejects it from the Solar System’s core.

Professor Harris added: ”Often, much of the dust remains and coats the surface, so the comet doesn’t heat up much anymore and it goes dormant.

By some mechanism, a steady supply of “baby comets” must replace those that have run their course, but, Professor Harris added, ”until now, we didn’t know where they were coming from.”