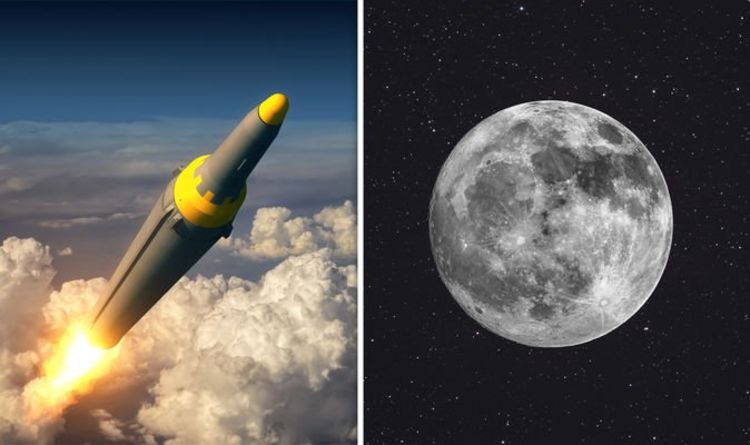 Known as Project A119, the programme was drawn up by the United States Air Force with the aim of detonating a nuke on the Moon, with the aid of the space agency. According to the files, the “study” would help answer some of the biggest mysteries surrounding planetary astronomy and astrogeology. But, the timing could not have been more convenient.

It came as the USSR leapfrogged the US in the Space Race with the launch of Sputnik 1 on October 4, 1957, the first artificial satellite in orbit around Earth and President Dwight Eisenhower no doubt felt the pressure.

YouTube channel History Uncovered analysed what the files claimed the project was for.

They said in 2017: “Project A119 was a top-secret programme developed by the US Air Force in 1958, with the intent of detonating a small nuclear warhead on the Moon to investigate the capability of weapons in space.

“A 190-page declassified report from 1959 states that the motivation for such a detonation was for scientific, military and political reasons.

“The report discusses the possible effects on the lunar surface from the blast and how long the radioactive fallout might last.

“However, the true intention of the A119 programme was a show of strength against the Soviet Union.”

The channel went on to explain why the US would want to pull off such a move.

It added: “The US was lagging behind in the Space Race and the Air Force wanted a mushroom cloud from the explosion so large it would be visible with the naked eye on Earth.

“It would have been a massive show of force that they hoped would boost the morale of the American public.

“This meant that the mushroom cloud would be lit up by the Sun and could be seen from Earth, in particular, Moscow.

“All of the research showed that the programme was technically feasible and could launch as early as 1959.

“But the programme was cancelled due to the fear of a negative reaction from the public and risk to the population if something went wrong.

“There was also concern about destroying a pristine lunar environment for future Moon research and colonisation.”

The possibility of nuking the Moon was completely sidelined in 1967, after the introduction of the Outer Space Treaty by the US, UK and Soviet Union.