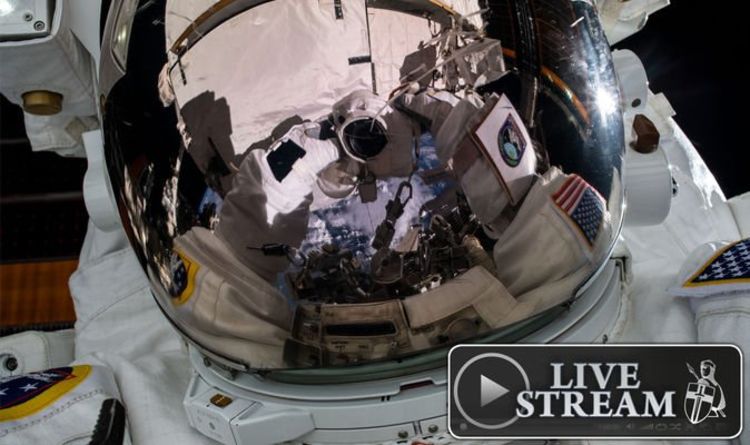 Today’s spacewalk marks the second time this year astronauts will brave the vacuum of space outside the International Space Station (ISS). You can watch the action unfold in the embedded NASA TV stream below.

The NASA astronauts last ventured outside of the orbital laboratory on Wednesday, January 15.

The all-female team is tasked with replacing the batteries that store and distribute the space station’s power.

How to watch the NASA spacewalk live online today:

The NASA spacewalk will be broadcast on NASA TV, through the space agency’s website and YouTube channel.

You can tune in to NASA TV via the embedded video player above, courtesy of NASA.

In addition, NASA’s round-the-clock broadcasts are free to watch on UStream and terrestrial television.

What will NASA’s astronauts do on the spacewalk?

Starting in October 2019, astronauts on the ISS have embarked on a series of spacewalks to upgrade the space station’s batteries.

The station’s solar arrays collect energy during the brief periods of daylight and the batteries then redistribute that power when in the nightside.

NASA’s Mark Garcia said: “This is the second of two battery replacement spacewalks in five days to complete the upgrade of batteries that store and distribute power generated by the station’s solar arrays on the station’s port truss.

“Meir and Koch will replace nickel-hydrogen batteries with newer, more powerful lithium-ion batteries for the power channel on one pair of the station’s solar arrays.”

The batteries were delivered to the ISS in September last year on board a Japanese H-II Transfer Vehicle.

A similar set of battery replacements was last carried out in January 2017.

Before today’s event, Mrs Koch shared some of the behind-the-scenes preparations.

The astronaut tweeted from space photos of her braiding Dr Meir’s hair to fit in their NASA-issue spacesuits.

Mrs Koch tweeted: “Spacewalk time! After all the technical studying, airlock prepping, and conferencing, @Astro_Jessica and I multitask as we do our final briefing.

“Spacewalk hair pro tip: Double braid is the way to go – fits snug under the com cap, out of the helmet seal, and no flyaways!”

Facebook
Twitter
Pinterest
WhatsApp
Linkedin
ReddIt
Email
Tumblr
VK
Previous articleMartin Lewis explains how to slash hundreds off energy bills – you don't have to switch
Next articleHolidays: Always do this one thing to bag best sun loungers at a hotel – top tips revealed