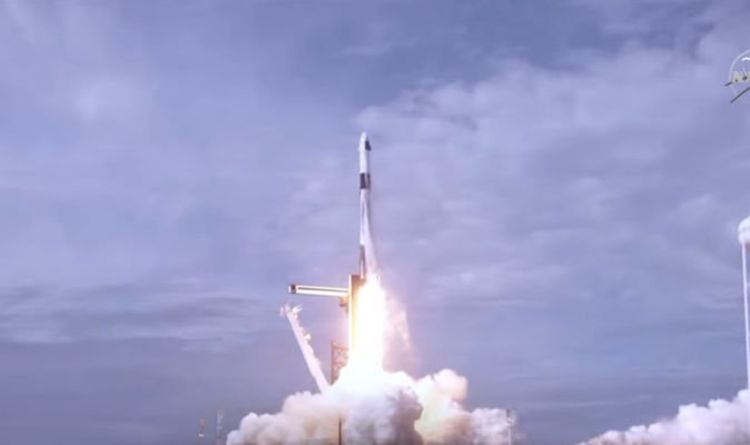 On January 19, SpaceX and NASA conducted a launch of the Crew Dragon, which will one day ferry astronauts to the International Space Station (ISS), to demonstrate its lift-off capabilities. The mission was a resounding success, with NASA chief Jim Bridenstine stating he was “thrilled” with the outcome.

SpaceX boss Elon Musk added it was a “picture perfect” mission, saying it “went as well as one can possibly expect”.

Now, SpaceX, NASA and Boeing, another of the space agency’s clients helping to get astronauts to the ISS and competing with Mr Musk’s firm, have become embroiled in a Twitter love-in as they all take turns to praise one another.

Following the success of the launch, Boeing sent out a tweet to its 58,800 followers, stating: “Congratulations, @SpaceX team! @Commercial_Crew is that much closer to returning crew launch capabilities to the US in support of our @NASA customer.”

Mr Bridenstine appreciated the camaraderie between NASA’s two clients, responding to the Boeing tweet saying: “This is the America I know and love! Great competitors congratulating each other.”

Many fans were also thrilled with the love-in, with one appreciating the stark differences with the space race of the 1960s at the height of the Cold War between the US and Russia.

David Willis said on Twitter: “A space race where the two sides congratulate each other instead of threatening to nuke each other. A lot better than the 60s!”

Another said this sort of competition will help the US re-establish itself as the dominant force in the space race.

Brett Messinger said on Twitter: “Space launches are very good money and I am sure if one or the other could win out they would try too.

“Competing is good and strong competition is better so glad we have the best in the world. China may have pulled ahead but we will catch up soon.”

However, it has not always been so peaceful between NASA and its clients.