NASA warning: How shock study showed living in space could ‘speed up ageing’ 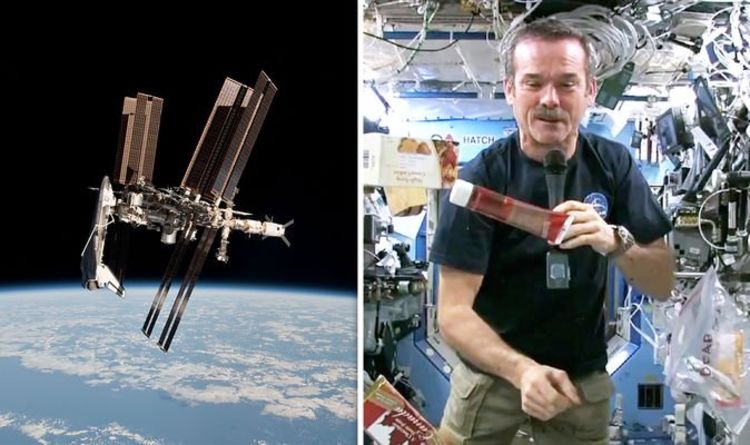 The experiment carried out on 12 “perfectly healthy men” was intended to replicate the environment of an astronaut on the International Space Station (ISS). Completed at the Institute of Space Physiology in Toulouse, France, the patients were placed at a decline of six degrees and given different restrictions to test their bodies reaction. The results were shown during Amazon Prime’s Tomorrow’s World” series and some of the subjects had shocking effects.

The narrator revealed in 2018: “In southern France, a special clinic studies the physiology of astronauts.

“We have come to the Institute of Space Physiology in Toulouse.

“Here, 12 perfectly healthy men are in these rooms, their beds are reclined backwards by exactly six degrees, this angle reproduces the effects of weightlessness.”

Dr Marie-Pierre Bareille, who was running the tests, revealed the shocking realities of living in space.

She said: “The result of weightlessness on astronauts in space, or on healthy volunteers, like in our experiment, is quicker ageing.

“They show signs of age acceleration.

“When standing on Earth, there’s more blood in the legs, that in the upper body or head.

“When you are in microgravity, the blood is redistributed, and there is proportionally more of it in the upper body.”

The narrator then ran through the set-up.

JUST IN: Antarctica researcher stunned by ‘out of this world’ find in Southern Ocean

He added: “Also, the muscles that carry the body, like legs and back muscles, wither.

“As for the bones, they demineralise, they become less solid.

“The bedrest experiment lasts 21 days the aim is to stop the harmful effects of weightlessness on man.

“Therefore, some volunteers receive daily protein supplements, others have daily exercise sessions on a vibrating platform.”

However, it was not all bad news.

The series revealed how they may have made a breakthrough, but more time is needed to be sure.

The narrator finalised: “The last group, the control group, has none of these.

“After three weeks, the human guinea pigs get up, the first observations are encouraging, the control group finds getting back to gravity difficult, it takes more than 12 minutes to stand alone.

“Patrick, however, used the vibrating platform daily and ate protein rations, his body seems to have kept its tone.

“To accurately test the efficiency of these two methods, scientists create a series of long tests, biopsies, blood tests, scans and balance tests and the specialists still have months of work ahead of them to analyse the results.”