NASCAR announces May 17 return to racing; Cup Series to... 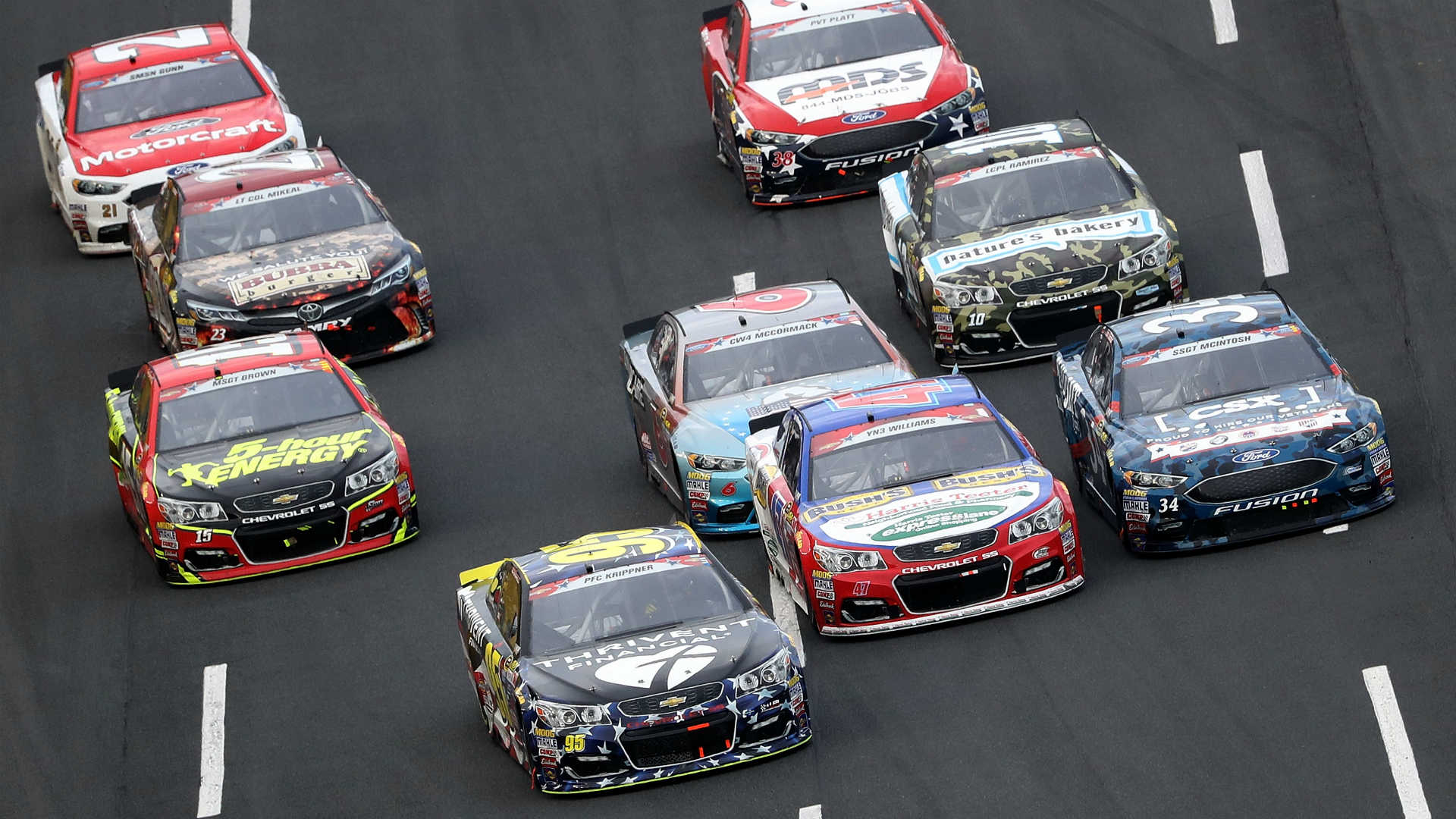 NASCAR on Thursday announced an initial short-term schedule, beginning with a Cup Series race at Darlington (S.C.) Raceway, to mark its return to the track after the COVID-19 pandemic brought sports to a halt in the middle of March.

The schedule released by NASCAR includes a pair of Cup Series races at the historic Darlington track on Sunday afternoon, May 17, and Wednesday night, May 20, with a NASCAR Xfinity Series event in between on Tuesday, May 19.

The schedule will move to Charlotte Motor Speedway, where there will be NASCAR Cup Series races on Sunday, May 24, and Wednesday, May 27, with Xfinity Series and NASCAR Gander RV & Outdoors Truck Series events on May 25 and 26, respectively. The May 24 NASCAR Cup Series race is the traditional Memorial Day weekend Coca-Cola 600 and will be held at 6 p.m. ET.

Fox or FS1 will televise all the races. Fans will not be permitted at the track, all the races will be one-day shows with no practice sessions, and qualifying will only take place for the Coca-Cola 600.

The news of NASCAR’s return was met with a welcome reaction on social media.

“It’s nearly impossible to create a perfect schedule, but @NASCAR worked hard and has done a great job to make racing happen again,’’ Team Penske driver Brad Keselowski immediately said on Twitter after the announcement. “Things will look different when we return but the changes are necessary for the safety of everyone who makes our races successful, especially our fans.”

It’s nearly impossible to create a perfect schedule, but @NASCAR worked hard & has done a great job to make racing happen again. Things will look different when we return but the changes are necessary for the safety of everyone who makes our races successful, especially our fans.

JTG Daugherty Racing’s Ryan Preece was equally enthusiastic about the news, saying, “I’m pumped! We are going racing! I know @NASCAR has been working diligently on giving us all a safe environment to work/race in. We all wish you could be there, but these are the extremely necessary precautions to take at this time. Let’s go racing.’’

I’m pumped! We are going racing!

I know @NASCAR has been working diligently on giving us all a Safe environment to work/race in.

We all wish you could be there, but these are the extremely necessary precautions to take at this time.

NASCAR said it had collaborated with public health officials, medical experts and state and federal officials in deciding when to resume competition.

Safety measures will include the use of personal protective equipment (PPE) by everyone at the track and health screenings for individuals before they arrive at track, while inside the facility and upon leaving it. Strict social distancing will be required, as well as limits on the number of people allowed into the facility.

“NASCAR and its teams are eager and excited to return to racing, and have great respect for the responsibility that comes with a return to competition,” Steve O’Donnell, NASCAR’s executive vice president and chief racing development officer, said in announcing the news.

“NASCAR will return in an environment that will ensure the safety of our competitors, officials and all those in the local community. We thank local, state and federal officials and medical experts, as well as everyone in the industry, for the unprecedented support in our return to racing, and we look forward to joining our passionate fans in watching cars return to the track.”

O’Donnell and John Bobo, NASCAR’s vice president for racing operations met with the media Thursday afternoon to discuss more specifics. They reiterated that this development was a “fluid situation.”

“We understand the tremendous responsibility that comes with this return,” O’Donnell said. “I do feel confident as an industry we have a schedule that we feel like we can pull off and we can pull off in a good way for the fans.”

The executives said the plan is still to run the full 36-race schedule, but there will be some changes in venues and that details will be released before the first race back at Darlington. At this point, the 10-race playoff portion of the schedule looks to remain intact, with the season finale events for all three series still set for the Nov. 6-8 weekend at Phoenix Raceway.

Stewart-Haas Racing’s Xfinity Series driver Chase Briscoe summed up the excitement of Thursday’s announcement via his social media account: “The racing is always crazy after a 2-hour rain delay, just wait until you see us after a 2 month delay. Can’t wait.”